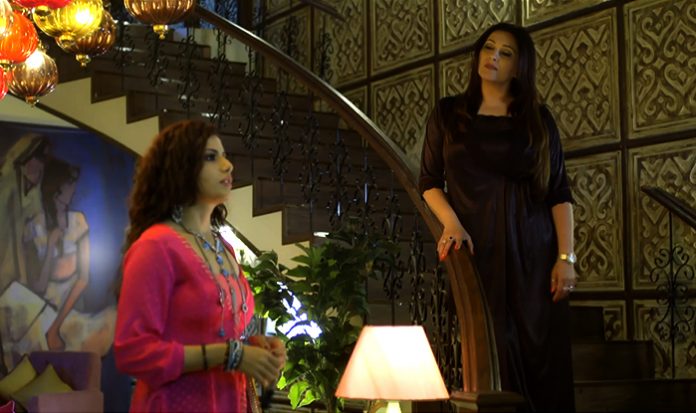 Roshni turns hugely upset with Anant. She distances herself, on seeing Ahana’s carving. Saloni tells Ahana that the age difference can break her marriage. She asks Ahana to think once than hurrying. She tells Ahana that Laila is not wrong about Anant and her relation. She asks Ahana about Tarun’s matter. Ahana lies to Saloni so that she doesn’t take stress. Ahana asks Saloni to stay happy and not think anything.

Rehaan worries to tell Anant about his car accident. Anant asks Rehaan to take Roshni for a trip, since she is in stress. Rehaan makes an excuse. Anant asks him to carry on his work, he will send Roshni with someone else. Rehaan lies to Anant and feels bad. He turns upset with his girlfriend. Laila worries for his bankruptcy. She thinks of some way to change Ahana’s mind. Gupta sees Laila at the club. Gupta gets an idea to settle scores with Laila.

Karan decides to take Roshni on the trip. Kavita interferes in between. Karan and Kavita get into an argument. Kavita shows him the truth mirror. Anant tells Yamini about Laila’s decision. He tells her that Ahana is very young and he also fears that they may not be compatible. Yamini tells him that if he knows Ahana well, there can’t be anything wrong. Anant tells her that he will wait for Laila’s decision and marry Ahana. He doesn’t want Ahana to face any problems from her family. Laila comes up with a solution to stop Anant and Ahana’s marriage. She calls Anant for a meet.