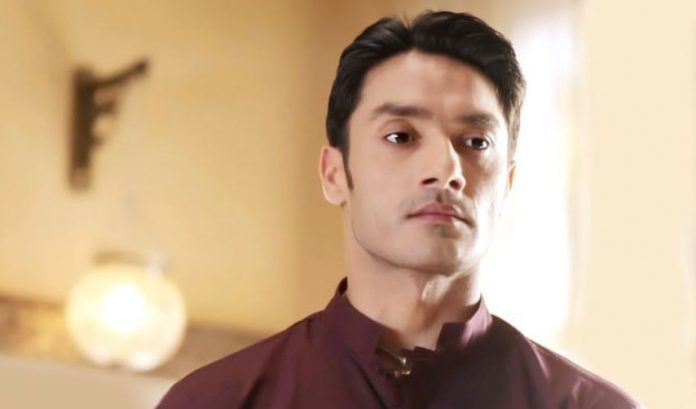 Kanak was trying to prove that Aditya is making a story and lying to the family. Maasi always proved Kanak wrong. Uma’s belief on Maasi is unbreakable. Kanak knows she has to expose Aditya first, then Uma’s belief on Maasi can be shaken up. She wants to show Maasi’s true intentions to Uma. Aditya gets trapped in Uma and Kanak’s plan. Kanak made the smart plan and wanted to bring his truth out. Uma asks Kanak not to involve Maasi, as he can’t hurt her sentiments. Uma makes a huge pit and covers it up with dry grass. He keeps a cigarette box there.

Uma and Kanak have a light moment. She cleans the dirt from his face. Uma realizes her care. They hide on seeing Aditya. Aditya goes to get the cigarettes and falls in the pit. Aditya shouts for help. Kanak and Uma wait for the entry.

They send Saras, who comes home after a long time. Saras reaches there and saves Aditya. Aditya gets glad that she saved him and thanks him. Aditya calls her by name, which proves his memory is still intact. Uma catches him and asks why did he lie about his memory loss. Uma learns Aditya’s truth. Uma beats him up angrily. Uma asks Aditya did his heart not get shaken up to cheat him, did he get so stone hearted that he cheated even Maasi. Kanak wanted to expose Aditya. This finally happens. Uma doesn’t want to forgive him.