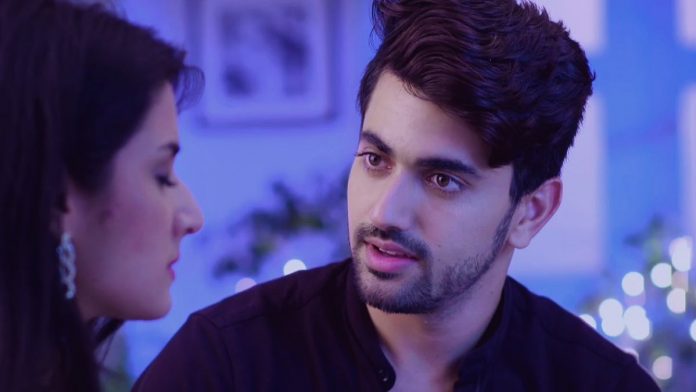 Neil and Avni have a romantic moment. Neil demands to fill sindoor in her hairline. Shweta tries to convince Mishti for leaving with Juhi. Neil’s romantic side cheers up Avni. While he puts sindoor, it falls over her face, by which she gets allergy. Neil gets worried for Avni. He asks her about her allergy. She asks him to call Neela. She gets troubled by his sindoor craze. Juhi tells Neela that she is going to leave with Mishti. Neela tells her that Ali will drop her to the airport. Juhi gets a huge shock when she sees Vidyut in the car, instead Ali.

Neil calls up Neela to seek help for Avni. Vidyut threatens Juhi about revealing Mishti’s paternity truth to Neil. Vidyut kidnaps her and takes with him. Neil apologizes to Avni. Avni finds the sindoor in the bin. She checks the colors in sindoor box and thinks who has done this.

Vidyut asks Juhi why did she lie to Neil about Mishti. He threatens her. Juhi gets terrified by his madness. He asks her to free his mum by revealing her existence to the world. Ali and Shweta find Juhi missing. They get worried. Juhi reveals to Vidyut that she has lied to Neil to get Mishti back. He tells her that she cheated his mum, who kept her safe in Rangmahal. Juhi tells him that Mishti hates him, he will not have any relation with Mishti, even if he is her father. He asks her to tell the media about her murder drama, else he will expose her lies and make her out of Neil’s life. He compels her to obey him if she wants to stay in Neil’s life and family.