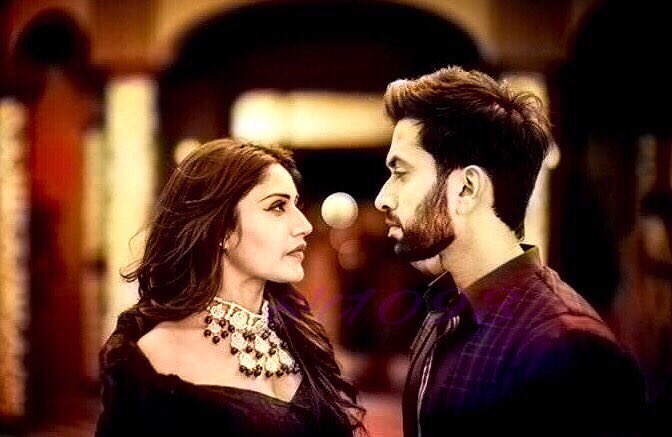 Shivay and Anika reveal to the family that Anika is not pregnant, she was just following a strict diet by which she fainted. Anika apologizes to everyone for giving false hope. Shivay reveals to the family that Anika and he didn’t take their relation to another level. Dinky gets personal and points at Anika. Shivay tells her that Anika is perfect, there is no problem between them. Shivay defines his true love for Anika. He tells them that their love is more of a soul to soul connection. Shivay tells them that they have always got away by cropping problems, but now they will surely accept each other and take the relation ahead. Shivay’s wonderful support makes Anika happy. The family feels proud of their love.

Dinky remarks that Shivika may take many years to have a child. Omkara and Rudra take the comment on heart and try to get Shivay and Anika closer. Anika thanks Shivay for always supporting her and making her life complete by his love.

Shivay tells Anika that they have should their relation ahead now. Omkara and Gauri feel they should support Shivay and Anika, and try to give them space and peace, so that they can plan something. Omkara doesn’t want Shivay to deal with family issues and business problems. Rudra comes up with a plan to surprise Shivay and Anika. Bhavya suggests something else. Rudra and Bhavya get into an argument. Rudra makes a wrong order, instead the romance surprise package. Shivay plans to surprise Anika and have a romantic union with her. Anika tries to avoid the moments. Shivay tries to convince her. He takes her for a surprise, which turns shocking. They get a huge shock seeing a tiger in cage.

She asks Shivay was he finding her similar to a wild animal. They shout for help. Shivay tells her that he had ordered flowers for her. Omkara, Gauri, Bhavya and Rudra also get a shock seeing the tiger. They all run away for lives.

Shwetlana helps Abhay in his work. She tells him that she has common motives to ruin the Oberois. He learns her plans. She asks him to better join hands with her, as she can help him reach his goals sooner. Abhay thinks of accepting her offer as he wants his revenge to get accomplished soon. The Obros call the officers to send the tiger away. They learn about Rudra’s weird order. Rudra checks his mistake. Shivay and Omkara ask him how can he make such a fault. Rudra blames Bhavya for it. They apologize to Shivay for spoiling everything. Anika thinks to give a surprise to Shivay and make him feel special.