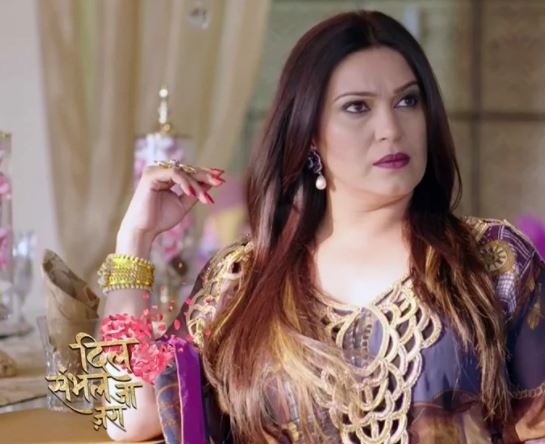 Laila and Ahana join Anant for the family outing. Laila tries to throw attitude around. Ahana manages the situation by her down to earth nature. Laila bonds with Reema. Laila likes Reema’s farmhouse. They are not aware of her greedy side. Laila starts eyeing the property by keeping her wishes in front of them. Rehaan shows the farmhouse to Ahana. Rehaan irritates her as always. He tells her that she will soon become his aunty. Ahana asks Rehaan not to expect any fake emotions from her. Ahana finds a chance to bond with Roshni. Rehaan tells them that he has found Ahana’s precious bracelet. Ahana reveals that her dad gifted her the bracelet, and it means a lot to her. Roshni starts liking Ahana.

Laila tells Anant that she is busy in seeing marriage arrangements. She tells Reema that the marriage will be a grand one. Yamini finds happiness in Anant’s happiness. She gets glad seeing Roshni bonding with Ahana.

Laila treats Yamini as a servant. This goes against Anant. He takes a stand for Yamini, who is like family. Laila tries to show off her contacts. Laila gets thinking about Anant’s finances. Gupta creates a trouble for Laila. Laila gets informed that Gupta is trapping her in a huge financial mess. Laila tries to manage her loans. She realizes she has turned bankrupt. Gupta wants to send her behind bars. He gets revengeful as Laila has broken his family. He wants to assure Laila’s defamation. Anant and Ahana have a peaceful moment. He gets sure of his choice. He thinks Anant is just perfect for him. He asks Ahana to stay back with them.