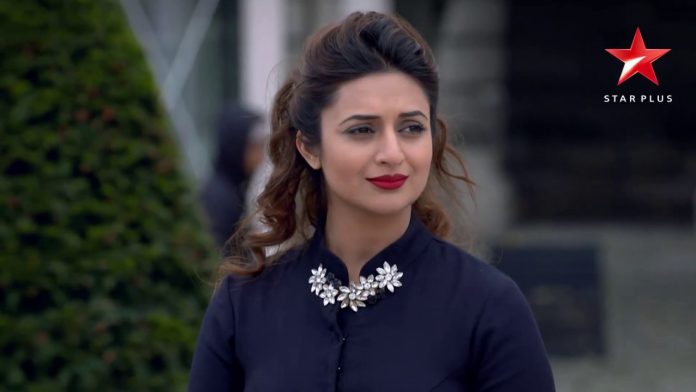 The family asks her if she is hiding any truth from them. Ishita doesn’t tell them about Pihu’s mistake behind Ananya’s death. Ishita tells them that it was her mistake. The family still understands that Ishita is hiding something, as her tears make her innocence evident. Ishita then admits to them that she has lied to save someone.

Simmi gets upset when Raman turns up late at home. Raman asks Simmi why is she controlling his life as if she is his mother. He gives her a good answer. Simmi feels Raman is going out of her hands. Raman misses Ishita. He tries to think of their connection. He doesn’t want to share his feelings with anyone. He realizes he loves Ishita.

Ishita meets Raman at office. He feels he is imagining her. He gets surprised on really finding her. Ishita sees Raman suffering from a backache. She helps him relieve the pain, knowing about his chronic pain. Raman wonders how does she know about him. He gets happy when she turns caring towards him. Parmeet gets angry seeing her in office.

She teaches him a good lesson, by treating him just like an employee, while he was roaming around as Raman’s boss. She asks Parmeet to get tea for them. Parmeet feels insulted by her. She asks Parmeet to get back to work and let the boss discuss the work. Raman doesn’t support Ishita. Ishita tells Raman that she knows a lot about him. He finds it strange. Romi gets happy seeing Ishita insulting Parmeet in front of the entire staff. He asks Parmeet to see his time changing now. He gets hopeful that Ishita will make everything fine. Parmeet worriedly thinks to higher Raman’s dose. Ishita tries to bring Ruhi and Raman together.