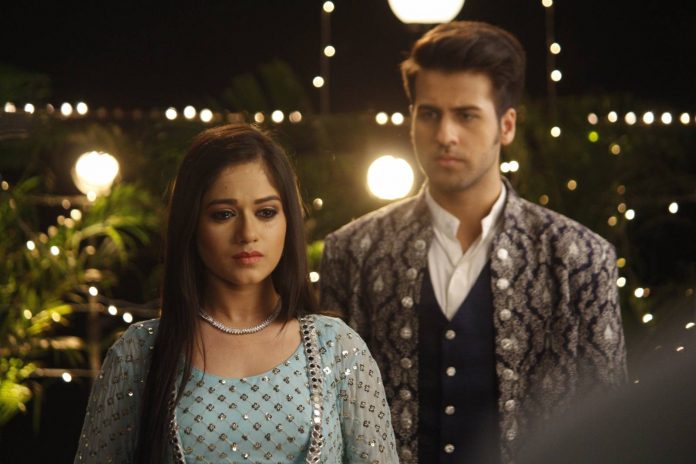 Pankti is forced to dance for JD’s guests. She dances for Ahaan and her love. She sings Aaja ve Mahi and misses Ahaan. When she ends the performance, JD arrives asking her to continue showing her talents to his guests. He insults her by staining her respect. He gifts her Ghungroos and Gajras, to make her look like a dancer. Pankti sheds tear and gets hurt. She didn’t know Ahaan is present around and witnesses the entire moment. Ahaan and Uday get a huge shock seeing JD as the devil of Pankti’s life. JD’s goody image breaks in Ahaan’s eyes.

Ahaan reaches Pankti to know about the man troubling her. Ahaan stops JD from torturing Pankti. Ahaan and JD come face to face. He gets to learn JD has put the sold tag on Pankti.

He gets much disappointed when he learns his caring Bade Papa is such an evil man. JD gets panicking on seeing Ahaan in front of him. JD was a big support for Ahaan till now. JD tries to fool Ahaan by his words. He fears Ahaan will expose him in front of Sheetal and entire family. Ahaan understands JD is the culprit and doesn’t forgive him. The story will get a big twist. Ahaan will change himself into a bold, confident and independent guy. His equations with JD changes. Ahaan saves Pankti from JD. Ahaan and Pankti will be turning strong to secure their love from tormenting JD. Ahaan and Pankti will begin their new journey of love, while JD will be creating hurdles for them, being the villain in their love story.