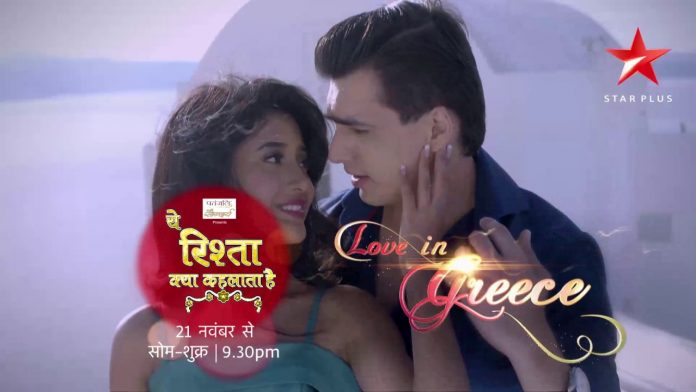 Kartik and Naira return home. They made many romantic and magical memories on their Greece trip. Goenkas get glad seeing Kartik fine. They were worried on hearing his arrest news. Dadi does aarti of Naksh-Kirti and Kartik-Naira. She welcomes both the couples home. Suwarna does tilak to the couples. Kartik turns away on seeing Suwarna. Suwarna doesn’t know why Kartik is upset with her. She has prayed for his welfare.

Suwarna was much tensed on knowing about the big problem over Kartik. Dadi wards off the bad sight from them. She doesn’t want Kartik to fall in any trouble again. Kartik sees Dadi crying and relieves her. The family has an emotional moment. Kartik and Naira hug the family. Naira learns that Aryan is the person behind the wrong doings. Kartik also knows that Aryan informed the police about him and created troubles.

Kartik didn’t wish Naira, Naksh and Kirti’s happiness to spoil by his tension. Kartik was keeping them away from the matter, but it all gets known to them when police arrests Kartik. Kartik is annoyed and upset. Aryan succeeded to spoil their happiness. The police was chasing Kartik.

Kartik had to cut down the trip duration and come back home because of Aryan. Kartik tells the family that he knew Aryan is not a trustworthy person. He says he has shown his real colors to us, he has broken our trust for his greedy motives. Kartik tells them that Aryan is the culprit. Manish gets angry knowing about Aryan.

Naira doubts that Aryan has some relation with the family. They try to find out why Aryan has enmity with Kartik. Kartik tells Naira that Aryan has told them that Suwarna is the reason for all this, it means Suwarna has framed him in the bribe case. Kartik says Aryan has taken just Suwarna’s name, when there are many members in this house. Naira tells him that if Aryan names Suwarna, it doesn’t prove that Suwarna is the mastermind behind this, Suwarna maybe innocent.

Naira asks him not to blame Suwarna without knowing the truth well. She says it will be unfair to judge Suwarna like this. Kartik misinterprets Aryan’s words. Aryan has grudge against Kartik and his parents too.

Kartik is much worried feeling he has an enemy home. Naira trusts Suwarna. Kartik tells her that the truth is in front of them, Suwarna and his envelopes changed before, and they have seen Aryan’s photo in Suwarna’s envelope, it means Aryan was not lying to them. Kartik says we both will find out the truth together, and if Suwarna is really involved, I will not get back from revealing the truth to the family. Kartik’s hatred for Suwarna will surely end when he knows about her big sacrifice to give away her own son for being a dutiful mother towards him. The entire family is worried as the case is still going on. They want to know why Aryan is targeting Kartik. Naira is hiding a big truth that Aryan has a strong connection with Suwarna. Naira will find out that Suwarna is Aryan’s mother.