Ishqbaaz: There is much drama in Oberoi house. Since Shivay names Omkara and Rudra’s shares to Shwetlana, everyone is upset with him. Anika tries to know the reason from him. Shivay tells her that he will not listen to anyone. He asks her to get mentally prepared as he will be stooping more low in coming days and shocking the family. He tells her that he can’t reveal anything to her right now. Anika gets a huge shock by listening to Shivay’s declaration. Tej feels Shivay has done much wrong with his sons.

Its a big shock to see Shivay creating a stir in the family and shaking the foundation. Jhanvi tells Shivay that she trusts him a lot. Shivay swears on her and tells her that he will not let anything wrong happen with Omkara and Rudra. Anika, Pinky and Jhanvi support Shivay. Shwetlana gets to see the family breaking. The situation turns worse when Shwetlana gets her sister Tia home. The Nafratbaaz sisters will be targeting Ishqbaaz again. Anika wants to stand by Shivay, knowing much troubles are going to come their way.

Teni comes home and gets a warm welcome from the family. The family thanks her for bringing happiness in their house. Dada ji tells Teni that they can never repay her for the happiness she gave them. Dadi wards off bad sight and asks Teni to come in. Parth meets them. Kaki tells Parth that Teni gave him the best gift and now they want to see what gift will he give Teni. Parth says Teni will be getting a huge surprise. Teni says you can give that later, I want to see the baby first.

Bhaiya ji sees his death in front of his eyes. He sees little Chakor, who counts all his crimes and tortures. Chakor threatens to kill his evil forever. Bhaiya ji will be getting punished for all his sins. Chakor’s two avatars shock him. Chakor has been bearing his tortures since her childhood. She punishes him of death, when she loses her child by his tortures. Bhaiya ji will see an end, but bandhuagiri will still continue. Suraj will lose his memory, and Imli will be ruling over Aazaadgunj. Imli will be scaring the people and turn them into bandhuas. Chakor’s battle will continue with the new evil supreme Imli. 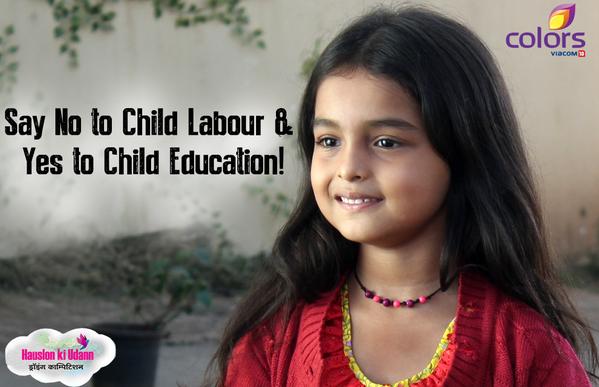 The family learns Aryan is the main culprit behind the bribing blame on Kartik. Kartik learns the police has caught Aryan. On reaching the police station, Naira and Kartik see Suwarna with her brother. When Suwarna’s brother reveals that Aryan is Suwarna’s son and asks Suwarna to do a mother’s duty, she refuses to him. He asks her to support Aryan and get him released. Suwarna tells him that just Kartik is her son, she doesn’t care for Aryan, who did a big mistake by hurting Goenka family. Aryan doesn’t like Kartik and did this stupidity in his revenge intentions. After hearing Suwarna and her brother’s conversation, Kartik gets moved.

Jeet Gayi Toh Piyaa Morre:
Maasa challenges Devi and asks her to tell everyone that Adhiraj’s mum is innocent. She wants Devi to tell police that Maasa is not involved in the attack. Adhiraj learns about Maasa’s involvement from police and denies to accept it. Devi sees Adhiraj’s reaction. Adhiraj gets Devi’s support. He is much hurt and unable to manage himself. Devi finds his important file which he had lost. Adhiraj thanks her for solving his problem. Devi gets his office work home. She doesn’t allow him to go office. She calls the employees home. Adhiraj works from home. Devi wants to be with him all the time to protect him. Adhiraj and Devi have a romantic moment.

Naren stops Pooja’s treatment in the hospital and gets her home. He can’t her see in pain. Pooja hugs him and asks him to drop her to her family. Naren decides to leave Pooja with her family for some time. Satish gets depressed seeing Pooja’s state. He feels she has gone through a lot in life and the tests of fate are not ending for her. Harish wants the family to deal with Pooja with love.

Kanak prepares to confess love to Uma. She loves Uma a lot. She makes a lovely card for Uma. She wants to tell her feelings by a card. She keeps the card in his clothes. Uma doesn’t see the card and leaves for work. Kanak stops him and tries to hand over the card to him. She doesn’t know how to tell Uma about her feelings directly. Uma tells her that he has no time to talk, he is in much hurry. Kanak gets annoyed with him.

Amma ji turns into her old self again. She doesn’t want to spare Jhanvi’s culprits. She takes her angry avatar. She prepares the gun powder bombs to teach a lesson to Balwant. She is ready to raise a voice against Balwant. She wants to free the village women from the tortures of Balwant. She wants to take revenge form Balwant, when he insults her by making fun of Jhanvi’s murder. Balwant and his men celebrate and have a party at home. Balwant is overconfident that no one can challenge him. Amma ji gets prepared to face Balwant and end his existence.