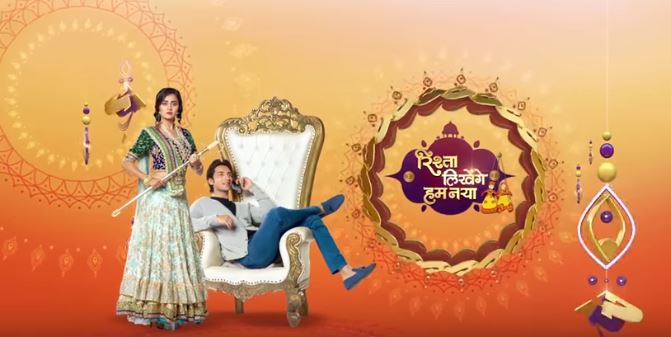 Diya ties a blindfold and walks towards the temple. She doesn’t know about the enemies creating problems for her. Diya walks towards the danger. Ratan guides her. Diya gives a love test. She senses the end of the cliff and stops. She asks Ratan why did he not say he wants her life, she would have given her life on his saying. She tells him that he has given him wrong directions. Ratan had to guide her in hindi. He didn’t know about the directions.

Diya gets saved since she gets to see the path from the blindfold. She knew Ratan gave her wrong direction and she is going to fall, but if she doesn’t follow the directions, everyone will believe she doesn’t love Ratan. She falls in dilemma over the next step. Diya had to prove that she trusts Ratan blindly. Ratan runs to Diya knowing about the danger. Ratan and Diya fulfill all the rasams and pass the tests to prove they really love each other. They romance in front of their enemies, and turn them jealous. Ratan and Diya get Kuldevi blessings and pray that they succeed to expose Ratan’s enemies soon.