Shakti:
Harak and Mohini take a cool avatar and plan to go on a holiday trip. Harak and Mohini shock everyone by telling them about their honeymoon. They sing songs. Mohini says we are going to Darjeeling. Harman, Soumya and Preeto stop them. Harman stops Harak from going. Soumya wants justice for Preeto. She forcibly takes Soumya to the room and locks her. Harak tries to stop her. Harman catches hold of Harak. Harak says I m your dad, till you accept Mohini in the family, I will not stop. He loses his cool and asks Harman will he listen a kinner in his own house, a kinner can’t give him any orders. Harman and Harak’s argument continues. Preeto acts strong having her family support. Preeto doesn’t react much as she has lost the place in Harak’s life. She doesn’t get in between the matter as her son and bahu are fighting for her. Preeto wants Harak to forget Mohini forever.

Laado 2:
Sheru enjoys at the bar and gets drinking. He has ruined Revati’s life and celebrates his victory. Amma ji stops Revati from committing suicide. She asks Revati to stop her madness. She says you can’t die, you can’t lose to anyone. Revati tells her that she is much broken, she just sees darkness in her life. She doesn’t have trust on anyone. Amma ji tries to win her trust. She tells her secret to Revati. She says I will get justice for you, I m Amma ji who was earlier a ruler in Veerpur. Revati gets confidence and thinks she can trust her.

Sasural Simar Ka:
Pari is planning against Simar and Mata ji. Roshni doubts on Pari’s weird behavior. Paro meets someone and buys a poison bottle from him. The man tells her that the poison is very strong, the person can’t survive after having a bit of it. Simar sees Pari and confronts her. Pari lies that she is unwell and ordered medicines from chemist. Simar tells her that she will stay with her and take care. Pari doesn’t want Simar to be with him. Pari wants to know the secret hidden by Simar. She has found some clues against Simar. She feels Simar is wrong. Simar finds Roshni worried. She asks the reason for her tension. Roshni lies to her about Piyush’s work stress. She thinks she has to lie till she gets a proof against Pari. She wants to protect Mata ji from Pari’s planning.

Ishq Mein Marjawa:
Tara scares Aarohi. She spreads darkness and makes an entry to give a shock. Aarohi runs to Deep and tells her about Tara. She says I have seen her even before. Prithvi says its just you behind all this, you have got mentally weak, you are getting attacks, its just an illusion. He advises her to take medicines and sleep.

Yeh Rishta Kya Kehlata Hai:
Kartik spies on Naira. He sees her going out to meet someone. Naira doesn’t know he is following her. He wants to know what’s the reason that she lied to him. Naira meets Raghav. She asks him how dare he come here. He threatens her that he will tell her truth to Kartik. She tells him that she is Singhanias’ daughter and Goenkas’ bahu, she is no more Tina. She threatens to kill him if he uses her past against her. She reminds him what she did with him in Rishikesh. She asks him not to act heroic and leave. Raghav gets scared and leaves for time being. He thinks to plan something.

Rishta Likhenge Hum Naya:
Ratan gives a surprise to Diya. He compliments her beauty. He tells her that she looks pretty when she is angry. He is mistaken that Diya loves him. He tries to get her marriage fixed with someone else. Diya clears his misunderstanding that she has no interest in him. He tells his flaws to change her mind. She finds him very immature and foolish.

Kundali Bhagya:
Prithvi breaks the alliance with Preeta, which upsets Sherlyn. He can’t take his insult. Karan has failed to prove Prithvi’s lies. He gets angered on Sarla’s humiliating words. He feels Karan has blamed him and won Arora family trust. Sarla and Preeta get upset with Karan for ruining Preeta’s alliance. Shrishti is sure of Karan’s feelings for Preeta. Preeta feels bad thinking of Karan’s feelings getting hurt by the incident. She tries to take a stand for Karan, knowing he is her good friend who cares for her. Preeta can’t see Sarla in tears. She asks Karan to apologize to Prithvi and set the things right, which got spoiled just because of him. She threatens to end their friendship and compels him to meet Prithvi.

Pooja doesn’t get convinced by Naren. She refuses to have food. Naren makes a plan to take her to the fair. Pooja asks him will he keep his promise this time or cheat her again. Naren promises to take her to the fair. Supriya opposes his decision, being worried for Naren’s safety. She doesn’t want Pooja to injure Naren again. Naren then finds a solution. Naren fulfills Pooja’s wish and arranges a fun fair for her. Pooja gets delighted.

Maasa thinks she has settled the scores with Devi. Devi wishes to find return Adhiraj’s hard earned money. Bua meets Devi at the temple. She asks Devi to go to the city and complete her medical studies. Kaki tells her about the lottery they have won. Devi falls in big dilemma. She boards the bus on Bua’s insistence. Devi feels she can’t leave from Adhiraj’s life this way, she is answerable to him because of their relation. Adhiraj learns about Dev leaving from the village. He reaches there to stop the bus and confront Devi for running away with the cash. Adhiraj’s misunderstanding gets cleared, when he finds some other girl in Devi’s place. Devi returns home, to support Adhiraj in tough times and be a dutiful wife.

Yeh Un Dinon Ki Baat Hai:
Sameer doesn’t express love for Naina. She gives him a sweater. He doesn’t thank her. Naina expects him to talk well. She is sure that he will say her I love you very soon. Sameer feels guilty that he has done wrong with Naina, while she is just being good towards him. She doesn’t know what’s in his heart. He doesn’t want to hurt her and stays away.

Ayushman Bhava:
Vikrant can’t see Kavya’s disrespect. Vikrant’s friends turn down Kavya’s alliance for their sons. Vikrant fails to find a decent and rich guy for Kavya. Kavya breaks down seeing her defamation news. Vikrant decides to get Kavya married to her protector. He commands Krish to marry Kavya. Krish had other plans to take revenge from Vikrant and Samaira. He doesn’t want to make any relation with Vikrant and his family. Kavya finds Krish tensed. She asks him not to take any decision to prove his loyalty to Vikrant. She doesn’t want Vikrant to pressurize Krish. She asks Krish to follow his heart. Krish finds a solution to get his plan moving ahead. He gives his nod for marriage. He thinks this big development will put a pressure on Samaira to commit some mistake. Krish turns Samaira jealous and asks her to do something to prove her love if she wants him to change his decision. He wants Samaira to get caught by Vikrant. 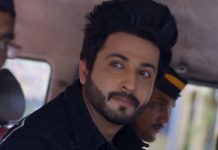