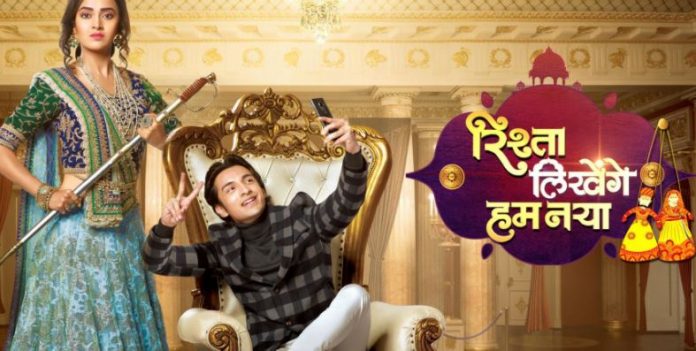 Ratan follows Diya. Diya asks him why is he following her. Diya gets attacked by Ratan’s enemy. A chandelier falls on her. Ratan was trying to protect her. Abhay reaches her in time and pulls her away to save her life. Diya sees someone fleeing. She runs after the man to catch him. She misses to nab him. Ratan worries for her. Yash takes charge of the situation. Yash gets extra security for Diya and Ratan.

Diya’s lover Abhay returns in her life. Abhay introduces himself to Ratan. Ratan gets disappointed knowing Abhay was going to marry Diya. Ratan gets in dilemma. Abhay does the aid to Diya’s wound. Abhay loves Diya a lot. He has been waiting for her for 12 years. He was hoping that after Diya’s protector job ends, he can marry her. Abhay takes care of Diya. Ratan feels sided. Abhay has come to take Diya back.

Diya checks for the culprit, who has tried to kill her. She thinks her plan is working, as the enemy is now targeting her. She has done the love-marriage drama to attract the enemies towards her. Yash and Diya try to find clues. Ratan asks Diya not to risk her life for him. He tells her that he will protect her as he can’t see her in trouble. She tells him that she knows what he means to say. Ratan gets jealous seeing Diya with Abhay. Diya is confused with Abhay’s coming. She is glad seeing his true love. She learns he has been waiting for her till now. Her duty towards Ratan didn’t end till now. Abhay is also jealous seeing Diya and Ratan always together.