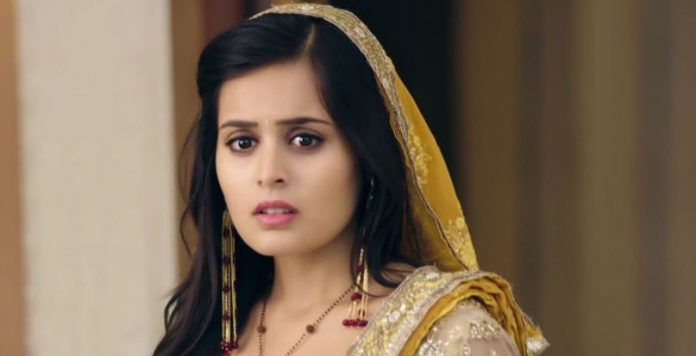 Uma plans to impress Kanak. They have a sweet moment. Kanak doesn’t want to get away from Uma. She takes care of Maasa. She challenges Maasi to do anything, but she will always protect Uma. She doesn’t want Maasi to take away Uma’s property. She knows Maasi is a wrong person. Maasi tells Kanak that she will soon show her what she can do. She threatens her elder sister about Uma and Kanak’s life.

Vansh doesn’t know Sarah is Saras. He tells Sarah that he will get free from Saras in few days and then he will be marrying her. He thinks of his wife and turns upset. Sarah asks him to get Saras’ bridal dress and burn it, to prove that he really loves her. Vansh agrees to burn the bridal dress and hurt Saras’ feelings to pass in Sarah’s test. Saras asks him to go ahead and burn her bridal dress, if its so necessary for his love. Vansh tries hard to burn the dress, but couldn’t take the step. Saras learns he has true feelings for her, which are just suppressed by hatred and anger.

Uma tries to take help from his young siblings to sing a song for Kanak and impress her. He tells them that though he is planning things for Kanak in a filmi way, still the restrictions on them will stay the same. He discards all their suggested songs. He keeps switching the songs, which makes them feel Uma can never sing a song for Kanak. Uma wants to confess love to Kanak. He plans a surprise for Kanak, while she comes with a shock for him.

Kanak fulfills Maasi’s condition. She agrees to give divorce to Uma, so that she can save Uma’s property. Uma asks Kanak if she can cancelled the divorce plans. The lawyer tells Uma that Kanak is giving him divorce, but she wants an alimony from him. She asks Uma to give her the settlement amount and end ties with her. She demands half property from his side, leaving him shocked.

Kanak wants to secure Uma’s property by such a step. Maasi and Kanak get into an argument. Maasi understands Kanak is planning something against her. Kanak threatens to drag them to the court. Uma develops hatred for Kanak. He feels his decision to confess love to Kanak was totally wrong. He angrily promises to give his half property to Kanak. Kanak understands Maasi’s true color will come out soon. Maasi decides to get Uma married to Paulmi. Maasi doesn’t want Kanak to fool her and return in Uma’s life. Maasi tells Uma that Paulmi loves him with a true heart. Kanak gets moved when Uma gives his consent to marry Paulmi.