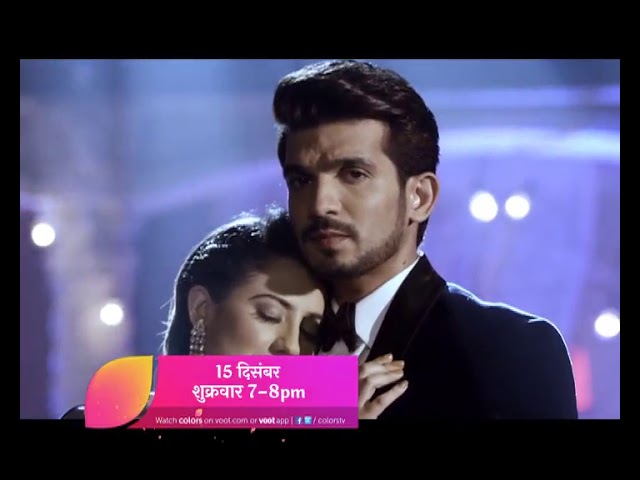 JD will be throwing a big party to announce the new owner of Pankti. He asks Ahaan to prove himself and buy Pankti from him, if he has guts to arrange the huge amount. Pankti’s future gets at stake. Pankti stays annoyed with Ahaan, after JD makes her read the contract made by Ahaan. She gets upset knowing about the terms set by Ahaan. She asks him how can he fall to JD’s level and buy her. She gets upset and tries to stay away from him. Ahaan explains her that he has made the contract so that JD doesn’t cheat them by any way. Ahaan convinces her of his true love. He tells her that he can never buy her, as she is not any commodity, he is just buying her freedom from JD. Pankti understands Ahaan. JD tries to trouble them further.

On the other hand, Deep talks to Tara. He tells her that its her mistakes that made him away from her. He doesn’t want Tara to ruin more lives. He cheats Tara. He worries for Aarohi’s life. He asks Aarohi to pack the bags, they are leaving for London. She asks him how can we leave our home.

Deep doesn’t know what to explain her. He doesn’t want his truth to come out in front of Aarohi. He knows if Aarohi knows that he had evil intentions to frame her, she will never forgive him. He doesn’t want to get her hatred. He says I m helpless by circumstances, don’t refuse me if you really love me. Aarohi agrees to him. Tara calls Aarohi. Deep answers the call and scolds her for reaching Aarohi. He asks Tara not to trouble Aarohi. He rebels against Tara to support his wife. He tells Tara that she has forced him to do all this, she is responsible for all this. He tells her that nothing can get fine between them now. Tara threatens him.

Deep wants to get away from all the problems. He doesn’t want Aarohi to face any danger. He then gets scared of Tara and changes his plans. He tells Aarohi that they will have to get away from home and keep their plans secret. Aarohi finds him worried. She asks him about Prithvi. Deep asks her to keep her mind free from such matters.

Deep is worried for his love. He doesn’t want Tara to kill Aarohi. He is afraid of losing her. Aarohi feels Deep is her strength, and none can harm her when he is with her. Pankti has a big fear in mind. She doesn’t want to attend the party, where JD wants to humiliate her. Ahaan doesn’t want his love to suffer. Ahaan can’t let Pankti’s love and happiness get ruined. He stands by Pankti. Ahaan and Deep secure Pankti and Aarohi from JD and Tara. JD and Tara will try their evil best to break the lovers. Will true love triumph again? Keep reading.