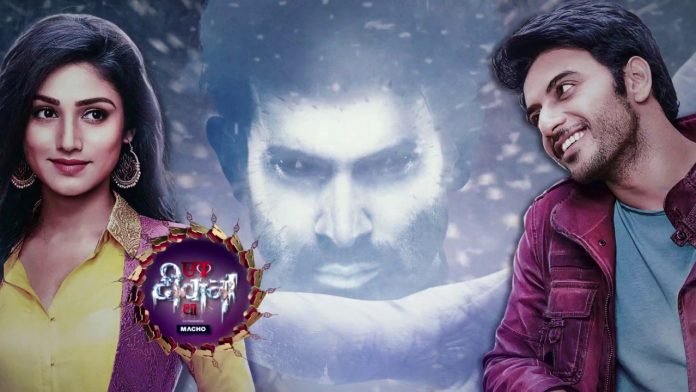 Shiv reaches to stop Sharanya’s marriage with Vyom. Shiv possesses Vyom. He breaks the mandap and ruins the decorations. He threatens to kill everyone. Everyone gets a big shock seeing Vyom’s madness. The tantrics come there to control Shiv. They tie up Vyom and chant the mantras to get Shiv out of Vyom.

Sharanya puts Vyom inside a fire ring and asks Shiv to leave. She succeeds to make Shiv out of Vyom’s body. She takes wedding rounds with Vyom. Sharanya marries Vyom, while they stay protected from Shiv inside a fire ring. Vyom fills sindoor in her maang. He hugs her. Aghoris tantrics get them married. Sharanya doesn’t want Vyom to fall in any trouble. She has taken all the problems on her head. She wants to protect Vyom. Shiv will not leave them so easily. Shiv will be creating more troubles for Sharanya and Vyom.