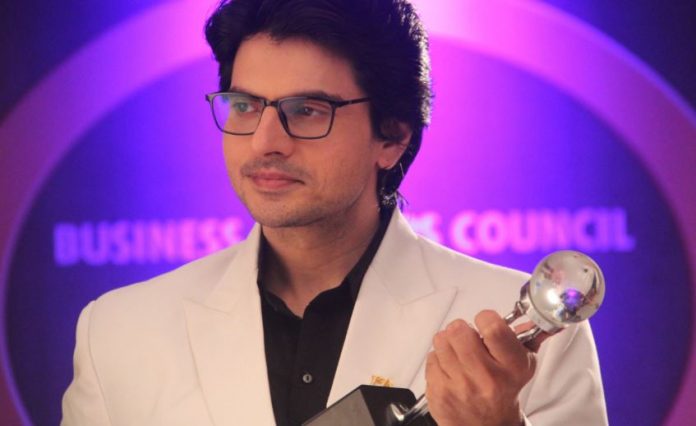 JD throws a big party for Deep and Manav’s new business association. He invites Anita and her daughters as well. JD plays smart and wins Manav’s trust by making him a business partner. He doesn’t want Ahaan to make Manav against him. JD hires a singer. Uday tells Ahaan that he can earn money by performing in the party. He warns Ahaan that the party is at his own house and JD will try to humiliate him. He asks Ahaan to think well before taking the assignment. Ahaan agrees to sing in the party. He tells Uday that he wants to prove JD that he can struggle and do any work to free Pankti.

JD plans a big drama in the party. He hides his planning from Ahaan and Pankti. He thinks the young lovers can’t stand in front of him. JD tries to catch Pankti. He tells Pankti that Ahaan can never free her. He tries to poison her mind against Ahaan. Pankti pushes JD away. She tells him that she trusts Ahaan and his determination. She chooses to support Ahaan, so that he doesn’t fall lonely and weak in his big fight.

The Maha sangam episode will get Deep and Aarohi’s story as well. Tara will chase Aarohi and have an intention to kill her. Aarohi gets to meet Ahaan in the party and realizes that whatever she has seen in Mumbai was not any dream, Prithvi was really after her life. She realizes Deep has lied to her till now. She thinks of confronting Deep to know why he pushed her towards a mental illness drama.

JD finds ways to trouble Pankti. Anita and Sheetal show tashan to each other. Sheetal can’t stand Anita in the party. She asks JD to throw out Anita. JD asks Sheetal to stay calm and bear Anita for some time. Anita pities Ahaan on seeing his struggles. She asks Pankti to stay away from Ahaan, as any wise person will not board any sinking boat. She tells Pankti that JD can give them everything, which Ahaan can’t. Anita feels JD has ruined Ahaan’s career completely. Pankti tries to explain Anita what love means. She gets disappointed with Anita’s thinking.

Ahaan reaches a music company and meets the owner Monty. He asks Monty to give him any small project. Monty refuses to help him. JD sends his friends to frame Pankti. The men defame Pankti and accuse her for getting close to them for money. Pankti gets crying by JD’s wicked plans. Aarohi takes a stand for Pankti and proves all the allegations wrong. She proves Pankti’s innocence. Ahaan will be getting ten crores and fulfilling JD’s conditions to free Pankti from him. The Mahasangam episode will get many twists and revelations.