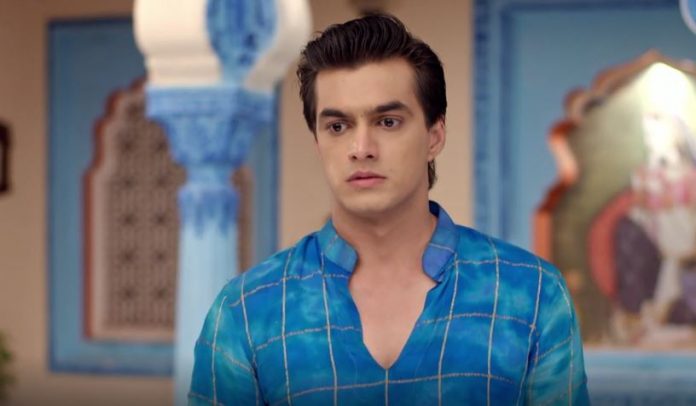 Naira hides Raghav’s truth from Kartik. She feels sorry to lie to him. She didn’t think she will face this phase in her life. She doesn’t like hiding her past from him. She tells Kartik about her old friend Sakshi. Kartik tells her that his friend is going to marry Sakshi. Naira looks forward to meet Sakshi. Kartik asks kids to accept Aryan, as he is also their elder brother. Aryan gets glad when the kids bond with him. The kids tell him that they will play with him later. Kartik asks Aryan to accept Suwarna too. Aryan doesn’t want to listen to Kartik. He feels Kartik is playing with his emotions by reminding about Suwarna again and again.

Naksh gives strength to Kirti in her emotionally down time. He asks her to have hope and be positive. Kirti plans to surprise Manish and Suwarna on their anniversary. Naira too plans a party at home. Dadi and Akhilesh ask Naira not to invite troubles. She doesn’t want to get insulted by the society. She doesn’t know how will they break the news about Aryan’s comeback. Naira is hopeful that anniversary party will bring Manish and Suwarna together. Dadi doesn’t permit them anything. Suwarna gets depressed seeing the family’s annoyance. Kartik and Naira stick to their idea. They are determined to help Suwarna.

Aryan thinks Naira is insulting him by throwing the anniversary party. He confronts Naira for planning a party, so that he gets insulted in the society. She tells him that he is hurting even Manish by staying annoyed with Suwarna. She doesn’t expect anything from Aryan. She asks Aryan not to create troubles, if he can’t give happiness to the family.

Kartik comes across Raghav, and gets to see Naira’s picture in his wallet. He gets confused. Raghav intentionally meets Kartik to reveal about Naira. Naira decides to tell the truth to Kartik. She is sure Kartik will understand her. She doesn’t want Kartik to know truth from Raghav. Kartik confronts Raghav about Naira. Raghav tells him that Naira was his love, whom he has lost. Kartik thinks to confront Naira and know her past.