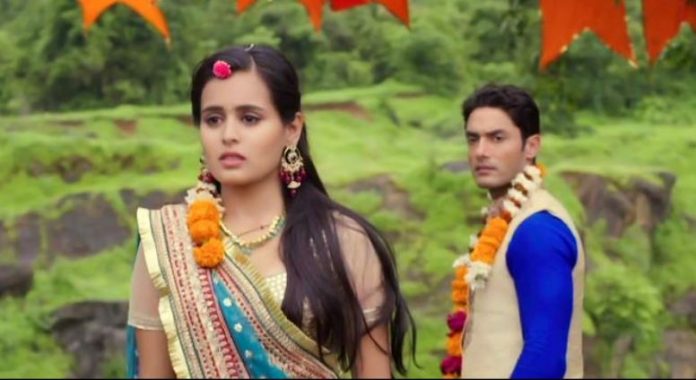 Aditya creates a big drama by kidnapping Kanak. Uma reaches on time and rescues Kanak. Uma makes a dramatic entry with Kanak. He throws Aditya on the floor. He tells Maasi about Aditya’s crime. He says Aditya tried to kill Kanak. He can’t forgive Aditya for such a big crime. Vansh angrily beats up Aditya. Ved asks Vansh not to take law in his hands. He stops Vansh. Bhabho says Aditya has fooled us, he came to the shop to ask for any job. Ved says Aditya is Maasi’s son. Uma hands over Aditya to police. Aditya gets arrested. He threatens Uma and Kanak that this is not the end of the matter, he will come back and take revenge. Uma tells him that he can never do anything against them. He vows to protect his family.

Uma reaches his mandap and talks to Paulmi. Paulmi happily looks forward to marry Uma. Uma apologizes to Paulmi. He says I have always seen Kanak as my wife, it will be wrong if I marry you and love Kanak, I can’t marry you, Kanak will always be my wife. He asks Paulmi to forgive him. Paulmi gets a huge shock. He feels guilty to give her hopes. He says I tried much to forget Kanak and ignore her love, but I have failed, I can never give Kanak’s place to anyone else.

Kanak feels proud of Uma. Kanak gets determined to come back in Uma’s life. Uma has finally realized his love for Kanak. He holds her hand and tells everyone that he will just have Kanak in his love. Bhabho, Ved and Vansh get happy seeing Uma and Kanak’s true love. His declaration gives much happiness to Kanak, but Paulmi gets much sorrow in her share. Uma asks Maasi is she angry with him, that he refused to marry Paulmi. Maasi acts good and forgives him, to show a big heart. Uma hugs Maasi and thanks her. Paulmi gets crying. She expects Maasi to do anything. Maasi gets defeated by Kanak once again.