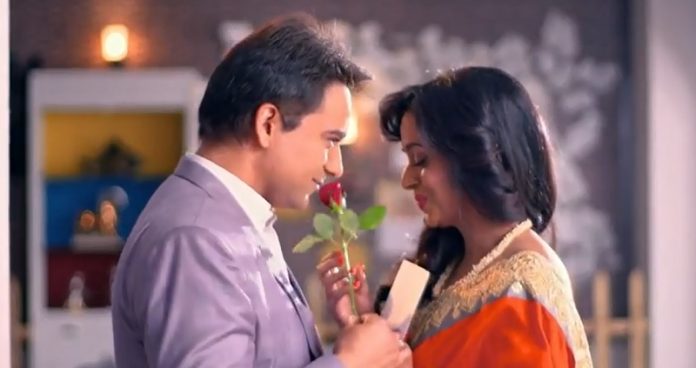 Naira and Kartik keep a grand party for Manish and Suwarna’s wedding anniversary. They succeed to bring a smile on everyone’s faces. The family enjoys the party and dances. Manish forgets all his annoyance. He dances with Suwarna and celebrates his anniversary. Manish and Suwarna cut a cake. Naira and Kartik create magical moments between them in the party. Manish confesses his love for Suwarna by singing a beautiful song for her. Suwarna gets emotional. Manish learns Suwarna’s sacrifice. He couldn’t understand her goodness before. Naira and Kartik clear all the misunderstandings and bitterness.

Manish tells them that Suwarna has always supported him, she never went against him, she dealt with all his mistakes with love. He says she has always rectified my mistakes, I want to tell her what she means in my life. The family gets happy for their union. Aryan gives a surprise in the party. He gets a family tree and tells the guests that there is a new member added to the family, Shubham Manish Goenka. He introduces himself, which shocks the family. He wants his rights in the family. He doesn’t want them to conceal him.

Naira and Kartik manage the situation by introducing Aryan well. Naira tells the guests that they were going to introduce Shubham today, he is Manish and Suwarna’s son, we wanted to surprise him, but he has surprised us. Kartik says we don’t want to recall the bitter past, we shall celebrate just the happiness since the family got completed with Aryan. Everyone continues to dance and enjoy. Raghav comes in the party. Kartik turns upset seeing him. He doesn’t let Naira’s happiness spoil. He tries keeping Raghav away from Naira.