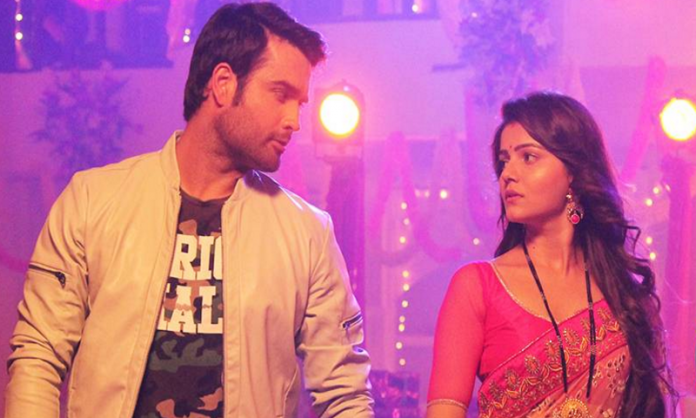 Harak gets much happy with Mohini’s pregnancy news. He feels young at heart. He gets ready and looks for Mohini to give a surprise. He asks his brother to fix baby’s pictures in the house, so that Mohini gets happy seeing beautiful pictures. He expresses his happiness. Harman and Soumya come back home. Harak asks them to just stay in the house, no need to dance on his head. Harman tells him that he has got proof against Mohini. He shows him a video. Harak gets much shocked. Mohini comes home and faces Harak’s doubt.

Harak asks her where did she go. Mohini lies that she went to a parlor. Harak shows her the video and demands her to tell truth. Mohini sheds tears to fool him. She tells him that she has gone to give money to that man, but the money was not from his house. She lies that the man was torturing her. She asks Harak to believe her that she loves him. Harak gets angry on Soumya for ruining his happiness. Balwinder doesn’t get money to give Raavi. She wants to throw money on Mohini’s face. Balwinder tells her that he doesn’t have any job, he lied to her. Raavi loses her cool and beats Balwinder with her slipper. She doesn’t know what to tell Mohini.