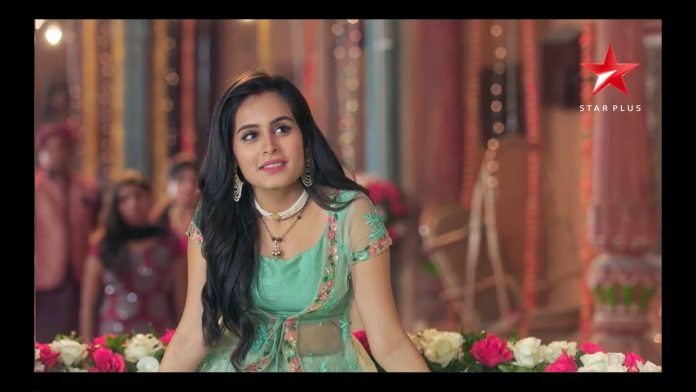 Maasi and Aditya plan to kill Kanak. Aditya takes disguise and enters the home. Uma asks Kanak to return him the mangalsutra. He wants to keep his promise to Maasi. Kanak refuses to budge. She takes his words light and flirts with him. Maasi wants to control everything. She tells Aditya that she will kill Kanak once Uma fulfills her motives. Aditya can’t wait to kill Kanak. He makes a plan to knock off Kanak. He asks Maasi to send Kanak to the store room by some excuse so that he can kill her.

Maasi meets Kanak in the haldi ceremony. She tells Kanak that she can never fail her plans. Kanak gets determined to spoil Uma and Paulmi’s haldi. She is sent to the storeroom to get haldi for Payal. Maasi and Aditya plan to blast the storeroom to kill Kanak. Paulmi asks Uma if he is happy with the marriage. She respects his emotions and asks him to tell her if he is hiding something. Paulmi expresses her love to him. He tells her that he will fulfill his commitment towards her. Paulmi gets scared by Kanak’s confidence. She asks Uma to tell her what’s making him lose his determination.

Kanak falls in trouble. Uma reaches her to get her mangalsutra. He wants to answer Paulmi by getting Kanak’s mangalsutra. Kanak tells Uma that he can never fail her true love. She tries to make him realize their love. She tells Uma that she can pay any price to get her true love. Kanak’s words on love moves his heart once again. She doesn’t want to sacrifice her life. Uma tells Kanak that its too late now. She asks him not to bound himself by any promise. Maasi learns Uma is also in the storeroom with Kanak. Maasi runs to save Uma’s life, as her plans are not fulfilled yet. Uma saves Kanak from the blast.