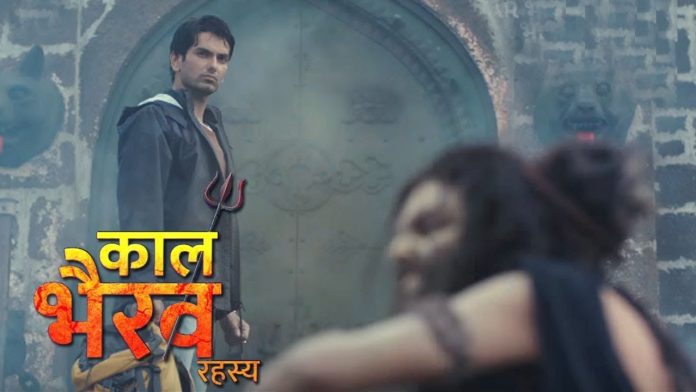 Everyone looks for Rahul in the village. Gauri and Namrata get worried that Rahul has gone missing. They fear the villagers have harmed him. Thakur gets Rahul buried inside the ground as a punishment for attempting to kill Kaal Bhairav’s Shuvaan. He doesn’t want to give any more chance to Rahul to raise a objection on their beliefs. Lakhan guards the grave and makes sure Rahul doesn’t come out. Rahul turns lucky and finds a secret tunnel inside the ground. He follows to the end of the tunnel and finds himself in the middle of the jungle. His life gets saved. Shakti accuses Thakur for killing Rahul and disappearing his body. Shakti demands Thakur for an answer. Thakur denies his involvement. Everyone learns about Thakur’s move against Rahul. Thakur receives a shock when he sees Rahul alive.

Rahul is not given an entry in the temple. The villagers oppose him. Rahul fails to enter the temple. He then realizes someone is trapped inside the tunnel. He learns Anand is trapped and goes to rescue him. Rahul saves Anand’s life. Gauri gets thankful to Rahul for saving her brother.

Sarpanch and Soumya learn that Sheru has escaped. They get worried thinking Sheru will attack people and get exposed. Rahul enters the temple at night. Sarpanch attacks Rahul. Rahul learns that Sarpanch knows about the secret tunnel. Gauri confesses her feelings for Rahul to her family. Pujari ji assures her that he will talk to Preeti about Rahul and Gauri’s alliance. He promises Gauri that he will get her happiness. Gauri prays to Kaal Bhairav for blessing Rahul. Rahul sneaks into the temple and manages to steal a Tamrapatra/holy letter from Kaal Bhairav. He decides to find the authenticity of Tamrapatra. He gets a huge shock when his move calls a heavy storm circling the village. It all appears as Kaal Bhairav’s anger on Rahul’s deed. Rahul gets moved by the big threat on the village. This makes Rahul question his own beliefs about the existence of Kaal Bhairav inside the temple.