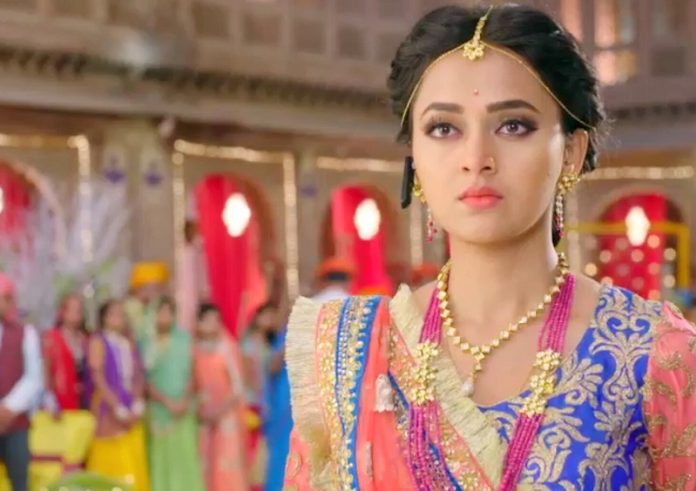 Diya and Ratan have a cute moment. She forgets to knock the door and enters his room. She feels awkward seeing him changing. He pulls her leg and asks her how could she come like that. She tells him that she was much tensed about the arrangements, and just forgot to knock. She goes out of the door to avoid him. She asks him to come downstairs soon. Ratan laughs on her shyness. She asks him to find a cheesy girlfriend like himself. She jokes on Ratan’s so called cool attitude, which doesn’t go well with her.

With Abhay’s return, Diya gets in tension. She is asked to make a decision. She has to accept either her love or her responsibility. She doesn’t want to accept Abhay’s love. Diya chooses to fulfill her responsibilities towards Ratan. Her decision stuns Ratan and Abhay. Ratan values Diya more. He couldn’t believe that Diya is ready to sacrifice her happiness once again for his sake. Abhay feels insulted by the rejection. Abhay threatens to give his life if she doesn’t accept him. He gives her time to have a second thought. Yash asks her why did she insult Abhay’s love like this. She tells him that every relation has to pass some tests, and this is the test of her relation.

Ratan explains Diya that she should marry Abhay. He tells her that Abhay will marry her in this way. He gets funny and mocks a marriage. He takes rounds with her, around a small diya. He gets talking and really applies sindoor. Ratan and Diya don’t believe in such marriage. They have an awkward moment. He gets shocked seeing the sindoor twist. Ratan has no intention to marry her. He tells her that Abhay is her true love. He asks her to go back to Abhay. Diya can’t marry Abhay.

She can’t spoil her planning to fool the family and find the culprit. The family plans Diya and Ratan’s marriage. They all show fake happiness to them. Diya understands their intentions behind the sugary drama. Ratan wears a security guard costume and gives a rose to Diya. He tells her that he is worried for her and wants to protect her. Diya laughs on his gesture. She asks him to look after himself, as she will manage her security. Ratan and Diya’s cute moments continue.