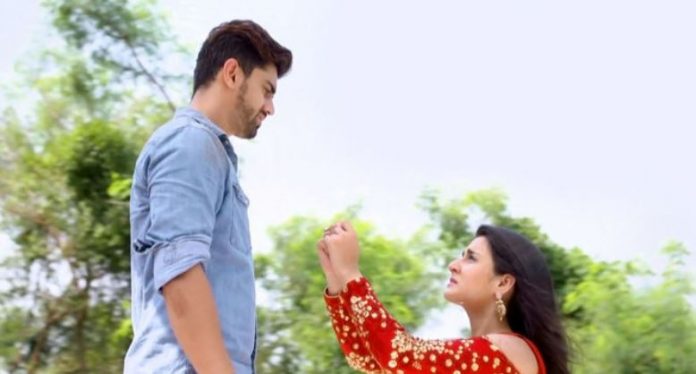 Neil and Neela fail to ruin Vidyut’s business because of Vidyut’s alertness regarding Neo. Avni escapes from the prison via a tunnel and hopes to get her freedom. She gets a shock on seeing police in that area. The jailer learns Avni has escaped and asks the constables to find her. Avni changes her plan and returns back to the prison. She fools everyone well and hides her escape route. Neela gets hurt when she knows about Avni’s wound. Neela comes to meet Avni in jail. Neela sees Avni’s state and cries. She feels responsible for Avni’s state. She tells Avni that she is not a good mum. Avni consoles her and feels she couldn’t become a good daughter. She asks Neela to sing a lullaby for her. Neela sings the lullaby which Aisha used to sing for Avni. Avni gets emotional. They shed out their sorrow via tears.

The jailer announces that the prisoners can celebrate Christmas. Avni happily dances with inmates. Sunehri makes everyone dance. Neil sees her smiling and gets happy. His emotions get out of control. Neil sees her after six months. Avni turns upset seeing him. She deals with her mixed emotions. Sunehri sees Neil and gets flirting. She forgets Ali on seeing the handsome cop.

Neil doesn’t think of anyone and hugs Avni. Neil and Avni have their much awaited union. They get too emotional. Avni is much heartbroken, while he feels guilty that he is failing to do justice with her. He says I know you are annoyed, I’m your culprit, you don’t want to talk to me, but you have no idea how I have spent these six months without you. He asks her to say something and break her silence. He promises her that he will free her from jail very soon, then they will stay together happily ever after. Nei’s dream breaks when he sees Avni distancing herself from him. Avni doesn’t know Neil has put her in jail to protect her from Vidyut. She thinks he doesn’t believe her. Neil knows she is innocent, and is safeguarding her.