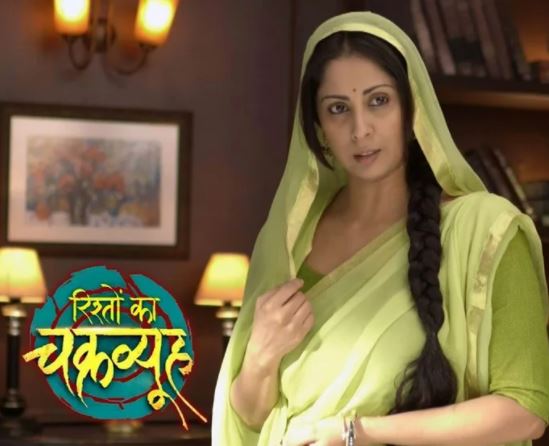 Purushottam gets revealing the truth to everyone. Pujan witnesses the entire scene. Satrupa worries that Anami will know her move to keep Lakshya with her. She asks Purushottam to let Anami go. She bribes him to hide her secret. He doesn’t care for anyone. He tells her that he will expose everyone before he dies. He asks Lakshya to name his kidnapper. Adhdiraj fights back again. He gets to nab Purushottam, who doesn’t want to give up at any cost. Purushottam threatens to make everyone fall in trouble. He tells them how the battle started. Sudha worries that her name can come out. He gets naming Sudha’s truth in front of Satrupa and Anami. Sudha does a shocking thing by shooting her brother. Purushottam gets cheated by Sudha. He falls dead. Sudha acts to save Anami and Lakshya from him. Satrupa gets stunned by Sudha’s unexpected move.

Adhiraj doesn’t punish Sudha, as she has shot a criminal and saved many innocent lives. Dada ji wants Sudha to get punished. He asks her to leave from Lal Mahal. Shockingly, Baldev takes Sudha’s side and gives her a place in his house. He feels she has given a big sacrifice by killing her brother to save their family. The family is glad that Lakshya came back.

Adhiraj is sure many secrets are still under wraps. Anami tries comforting Lakshya. He stays in a trauma. She thinks to do something to cheer him up. Pujan raises a question on Satrupa. She gets her name cleared from the matter. She releases Narottam. She doesn’t let Adhiraj question Narottam and Lakshya. She asks him to give them some time, as everyone is disturbed. Adhiraj asks them to let him take Lakshya’s statement. He wants to know if Satrupa is involved. Satrupa fears. Sudha gets sorrowful after killing her brother. She gets regretting and feels Satrupa has compelled her to do this. She turns raging for revenge. Adhiraj questions Lakshya, which makes the boy disturbed. Sudha thinks to target Lakshya first.