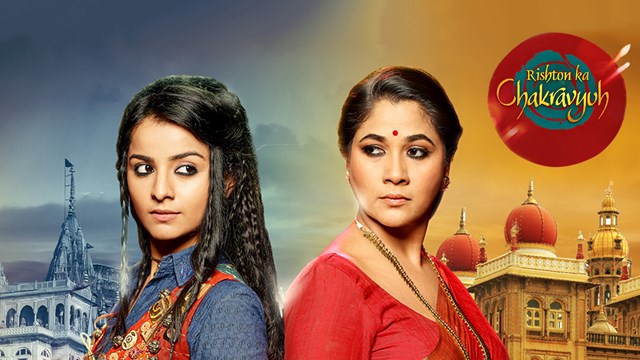 Sudha scares Lakshya and reminds him how she has planned to kill Anami. She asks him not to tell anyone about her, else she will kill Anami as she has killed Vatsalya. Lakshya gets too scared and runs to his room. He fears of Sudha. Narottam asks Sudha to stop playing her bad games, else he will not support her. She reminds his involvement in Vatsalya’s murder. She asks him not to leave support, else she will get him trapped by Satrupa. She asks him to keep supporting her. Narottam feels ashamed to call Sudha as his mum. He gets much disappointed. He doesn’t want to commit more crimes on her orders.

Adhiraj feels Satrupa is involved in Lakshya’s kidnapping. He gets some evidence and thinks to use it. Anami and Satrupa get together to cheer up Lakshya. They find ways to make him normal. Anami asks him to forget whatever happened. He fears to tell her about Sudha. Adhiraj shows the toys to Anami and tells her that he has recovered this evidence at the place. She feels Lakshya knew the kidnapper well, maybe the kidnapper is from Lal Mahal. She makes a plan to use the toys and find out the kidnapper. Adhiraj and Anami try to know the person behind the kidnapper. Sudha doesn’t identify the toys. Anami feels Sudha is not involved. She informs Adhiraj the same.

She meets Sudha and warns her against planning anything. She tells Sudha that she will continue to suspect her, as she is not influenced by anything. Anami then learns Satrupa’s involvement in the kidnapping. She tries to know if Satrupa did this. She wants to know the reason. She confronts Satrupa over her act. Satrupa knew Anami will go to the root of the matter. She fears that Anami can get against her. She gets worried and thinks of some way. She doesn’t want to risk Lakshya’s life. She tries to avoid Anami. Sudha plans to stop Lakshya from naming her. She tries to get Anami and Lakshya kidnapped.