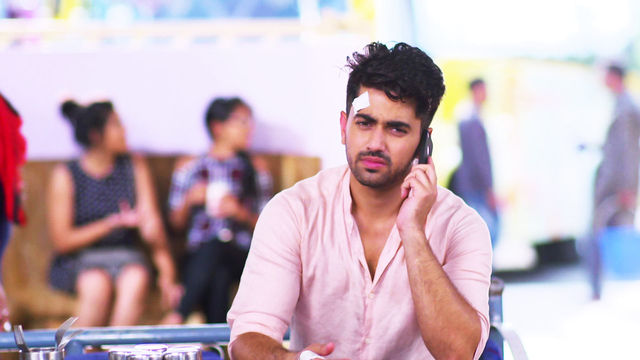 Avni and Ali discuss that Neil has come here to find her escape plan. Neil decides to call off Ali’s catering services so that he can keep Ali away from helping Avni. Avni protests and tells Neil that she will not let him do this. Avni gets all the prisoners on her side. Neil doesn’t want to listen to her. He tells her that he can’t fulfill her dreams. Avni gets against Neil. Neil asks the jailer if Avni is the ideal prisoner of the jail. He asks Avni to hate him if she wants, but his answer will not change. Monica gets flirting with Neil. She wants to meet him secretly.

She tells Neil that he is too handsome for her to hold her senses. Avni turns jealous seeing Neil with Monica. Neil understands Avni’s jealous and makes her more annoyed. He asks Avni to stop the protest. Avni doesn’t want Ali to lose the catering service. She has just Ali to support her. Neil asks Avni to think if she will risk everyone’s lives by going on a hunger strike. Avni gives up the protest and gives the food to others. Avni’s gesture makes Neil agree to her. Neil renews Ali’s contract. He tells Ali that the security levels will get higher from now.

Later, Neil visits Avni’s cell and gets sad seeing the place she is living, when she is not at fault. He feels guilty for imprisoning her. Avni and Ali try to communicate by some excuse. Avni tells Ali that Neil can’t stop her from succeeding. Neil tells the prisoners that he has planned a fun activity for them. He praises them for being so obedient and good mannered. He asks them to take the day as a normal one and enjoy. Neil stays busy with them, while DD tries to find the tunnel’s end opening in Avni’s cell. Neil keeps an eye on Avni. He gets sure that she is planning something. Neil gets to know Avni’s fame in the prison. Avni and Neil have a moment while they play the game. Avni tries to keep Neil away. Neil realizes her planning when he spots the tunnel’s opening in her cell. Avni fears that Neil will know her plans and oppose her again. He thinks of changing Avni’s cell to fail her attempts.