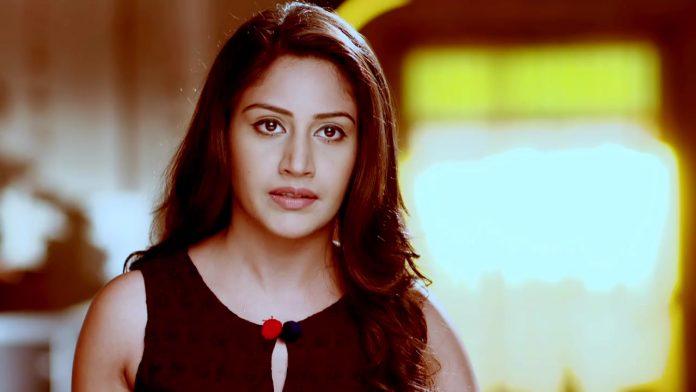 Shivay worries for Anika. Veer reaches him. Shivay takes him as a hurdle and fights with him. Veer stops him and tells him that he is here to help him, as he is a doctor. He helps Shivay and gets friendly with him. Anika gains consciousness and tells Shivay about the tea. Shivay feels she did a mistake to add something wrong instead milk. Veer tells Shivay and Anika that he is their neighbor, he has come back to stay with them on the upper floor. Shivay and Anika welcome him. Shivay thanks him for helping them. Veer tells them that destiny has brought them together, and now a new story will get weaved. He indirectly warns them about the future.

Shivay likes his company. He feels their wait for good neighbors have ended. Veer’s philosophy impresses Shivay. Veer introduces his wife Monali to Shivay. Shivay gets to know Veer’s family. Later, Anika tries to impress Shivay. He doesn’t pay attention to her. She feels he is not understanding her wishes. She gets teasing him.

They have a funny moment. He tells her about Veer and his family. He asks her to meet Veer’s family, they are lucky to get new neighbors. Anika’s romance plans flop. She gets depressed that Shivay didn’t give her ample time. She tells him that she is much upset with him. Shivay sleeps and doesn’t hear her out. Gauri gets suspicious of Tia. She thinks Tia got her caught by Tej intentionally. She thinks if Tia lost her eyesight or not. She gets spying on Tia. Anika hears the bicycle ring again and gets restless. She tries to know about the hidden mystery. Veer gets obsessed for Anika. He tries to stay around her by the excuse of help. Veer and Monali start their plan to prove Anika mad, while a lady is hired to act as a spirit. Will Anika fall in any trouble again? Keep reading.