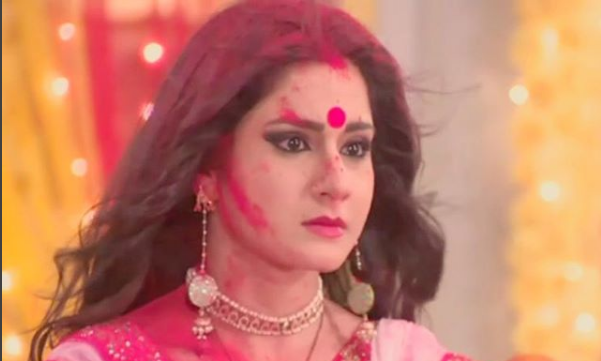 Neil manages to save all the girls. He hides his identity of Neo from DD. He asks DD to take all the girls safely and find out about Vidyut. Before he could go to Avni, Vidyut’s goons catch him. Neil gets beaten up. Vidyut gets praising Avni in the jail. He acts innocent and talks to the prisoners. He supports Avni for being honest throughout. He demands Avni to do the Maha aarti for the puja. He tries to influence Avni. He gets clothes and jewelry for Avni. Avni gets worried for Neil. She prays for Neil. She refuses to do the aarti.

Vidyut gets confirmed that Neil is Neo. Neil gets tortured by the goons. Neil gains strength and fights with them. Vidyut doesn’t want Neil to die easily. He asks his men to give a tough death to Neil. Avni tries much to avoid Vidyut. Monica keeps an eye on Avni. She keeps Vidyut updated. Vidyut and Neil have a talk on phone.

Neil challenges Vidyut that he will stop him. Vidyut gets glad when Neil gets trapped again. Avni learns the huge risk on Neil’s life. She witnesses Neil’s state. She realizes Neil is Neo and is just taking revenge from Vidyut. Avni runs away and tries to reach Neil in order to help him. Vidyut asks the jailer to find Avni. He doesn’t want Avni to escape. Vidyut’s men try to kill Neil. Avni takes a Kaali Maa avatar to save Neil.