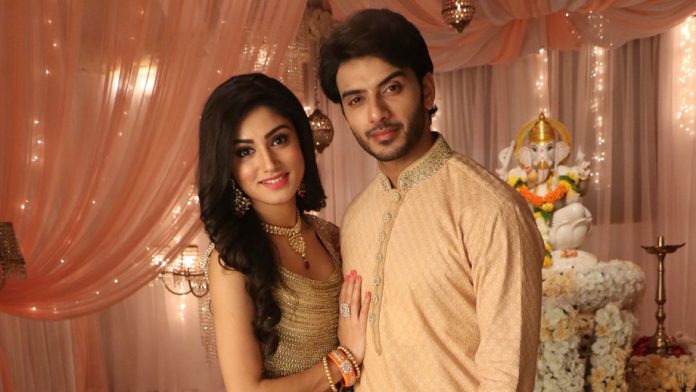 Sharanya has learnt her past and love relation with Shiv. She looks for Shiv. Shiv comes in front of her. She happily goes to hug him and falls down. She was madly in love with Shiv before. Shiv laughs on her. He tells her that she can’t touch him, though she can hear and see him. She tells him that he has made her fall down, this isn’t good. They recall their college days and sweet bond. Sharanya and Shiv have a laugh. Vyom sees Sharanya’s strange behavior and doubts on her. He takes Sharanya with him. Shiv follows them. Vyom’s truth will be coming out.

The past scene will present Shiv’s death secret. Shiv knows the entire truth of Vyom. Vyom was obsessed with Sharanya. When she was in love with Shiv and rejected Vyom, the latter tried to kill her. Vyom does their accident. He tries to stab Sharanya her, but Shiv comes in between and gets stabbed. Vyom kills Shiv. He attempts to kill Sharanya again. Vyom gets the goons to throw them away. Sharanya sees Shiv’s death in front of her eyes. Shiv tries to save her till the last breath of his life. He ultimately hits Vyom and save Sharanya’s life. The goons throw Shiv towards the ice mountains. Shiv has returned to take revenge from Vyom and also protect Sharanya.