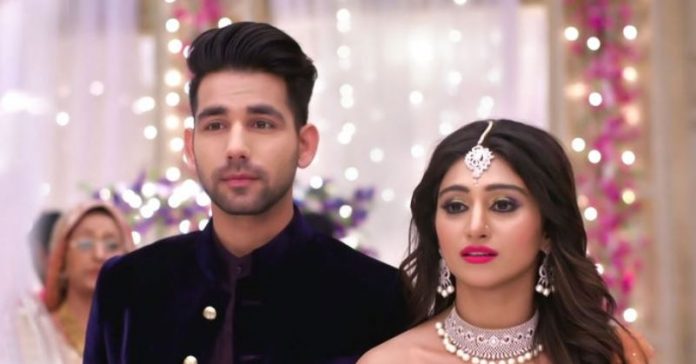 Kartik goes to Naira’s academy to help her in a tricky situation. Dadi gets to know that Kartik has gone to office. Dadi confirms this to Manish. She tells him that Kartik will come office and manage everything. Manish gets glad that his son didn’t withdraw support. Aryan gets upset seeing Manish’s trust on Kartik. Naitik worries for Kirti. She tries hard to manage her work all alone. Naitik feels Naksh’s decision to leave Kirti alone is wrong. He tries to explain Naksh that he shouldn’t withdraw support completely to make Kirti independent. Naitik does an act to make Naksh understand.

He tells Naksh that he has put Kirti in much trouble. He asks Naksh to just be with Kirti and help her in work till she qualifies to look after everything herself. Naksh understands Naitik’s point. He feels sorry to trouble Kirti. He thanks Naitik for explaining him.

Dadi learns Kartik is with Naira. Manish gets enraged that Kartik didn’t come office. Dadi tells him that its Naira’s fault, she didn’t let Kartik go to office. She provokes Manish against Naira. Manish gets angry on Naira. He believes Dadi is saying true. He feels Naira has completely controlled Kartik and changed him by blind love. Naira learns the family’s opinion about her. She gets hurt. Kartik tries to defend himself. He tells Manish that he didn’t know about the meeting.

Manish doesn’t listen to Kartik. He turns too upset. Kartik fails to clarify. The family gets distanced because of Naira. Naitik hides a big truth from his family. He meets Priyanka and tells her that he can never reveal his truth to the family. She suggests him to tell the family about his illness. Naira gets sorrowful with the family’s taunts. Suwarna has belief in Naira. She worries that their words can hurt Naira. Suwarna tries to calm down Manish. Kartik asks Naira to forget the matter and look ahead to the future. He tells her that he will work hard and impress Manish by striking big deals.