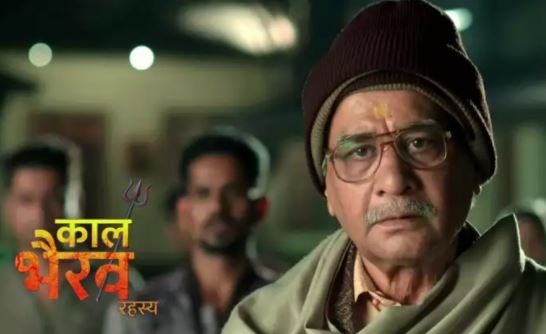 Rahul doesn’t want anyone’s lives to fall in trouble. He worries for Manish, who went missing. Someone’s dead body is found in the temple. This becomes another mystery to crack for Rahul. He doesn’t know who is playing with villagers’ lives, but he is sure to catch the culprit. Lakhan pleads to Kaal Bhairav for forgiving him for his mistake to lock Gauri inside the temple with a bad intention to kill her. He worries when the Kaal Bhairav idol cries blood. Aditya takes his friends to the temple and tells them its beliefs. Gauri senses everything seen in her dream is turning true. She tries to save Rahul from an upcoming danger.

Rahul manages to save Aditya’s friends from the trouble. Namrata learns Sarpanch’s house is the next target of Kaal Bhairav. Soumya agrees to sacrifice her life in order to save her dad. Rahul and Namrata stop Soumya from sacrificing herself. Anand loves Soumya and wants to marry her. He can’t see Soumya risking her life.

Anand wants to help Soumya. Anand’s parents stop him from falling in danger. Rahul stops Aditya’s friends from going to the village Vaid ji, who deals in illegal business secretly. Rahul continues to spy on the Kaal Bhairav temple. He places cameras in the temple and manages to capture a trishul. He suspects a human is working out the evil doings on the name of some divine power. He decides to prove himself by showing the footage to Namrata, Gauri and Aditya. They learn Soumya has gone missing. Anand doesn’t want Soumya to get killed. Rahul suspects on the Vaid, who runs away from the village.