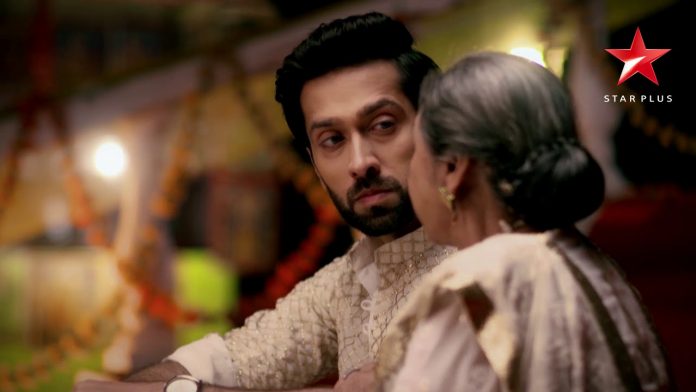 Rudra asks the family to believe him. He has much belief in Shivay. He tells everyone that Shivay would trust him without asking for any proof. He asks Shivay to tell them that he really trusts him. Shivay asks Rudra to forget everything and celebrate Lohri. Rudra asks Shivay if he is thinking this as some joke. Shivay tries to relieve Rudra and Anika. He tells them that they should celebrate. He hides his secret planning from everyone. He doesn’t want the culprit to get alert. He secretly calls the police. The family celebrates Lohri, while Rudra stays tensed about the frightening sight.

Anika supports Rudra. Veer and Shwetlana find them weird to celebrate and forget the matter. Shwetlana feels Shivay didn’t take Rudra seriously. Veer and Shwetlana try to dispose Komal’s corpse. The police arrives there. The family learns that Shivay has called the police, as he believes Rudra totally. Rudra gets glad with Shivay’s move. Police investigates the matter. Anika asks Shivay about his secret planning.

Shivay tells Rudra that he will always believe him. He feels someone is conspiring against them, and he has hidden the plan just to fool their enemy. He tells them that he wants his family to be safe. They hope to get their answers. Veer is sure that Shivay can’t find anything. Shivay tells Veer that he has called the police as he completely trusts Rudra. He tells Veer that the sniffer dogs will find the dead body. Veer doesn’t think Shivay is smarter than him. He makes arrangements to keep Komal’s dead body out of everyone’s sight. He asks Shivay to go ahead and find the body.

The police doesn’t find anything. The sniffer dogs bark. Shivay tells the police that they can check even Veer’s and his house. Veer gets worried. He has hidden Komal’s dead body in his own house. He tries to divert them by leaving another clue. He traps Shwetlana to save himself. Veer acts ignorant about their enmity. Shivay tells Veer that Shwetlana is their enemy. They believe Shwetlana has done everything against them.

Shwetlana doesn’t reveal Veer’s plan. She asks Shivay not to take this as his victory. Shivay gets her arrested. Shwetlana vows to return to avenge them. She warns Shivay and Anika. She tells her plan that she will target Anika first. She accepts that she was planning to prove Anika mad. She takes all the blames on herself and gives a clean chit to Veer. Shivay tells Shwetlana that she would always fail, no power in the world can separate him and his wife, and none can harm his family.

Shwetlana and Veer witness their family unity again. Veer realizes Shivay’s family is his strength. He decides to break them first. Shivay tells Veer about Shwetlana. He feels the matter ended completely. Shwetlana leaves a note for Veer. She tells him that Shivay can’t be destroyed easily. She advises him to use an Oberoi against Oberois. She guides Veer in finding his new aide. Veer gets Shwetlana released. Oberois plan to celebrate Makar Sankranti in their unique style.