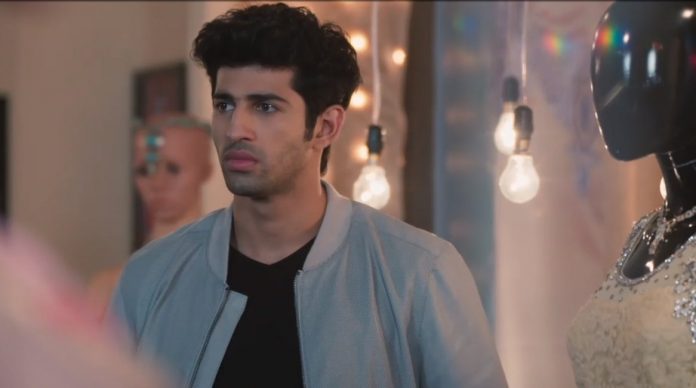 Anant plans a birthday party for Laila. Ahana tells him that he doesn’t need to do anything to please her, as she can’t fake her happiness for the world. She doesn’t want to compromise in life. She just wants to do something that gives her real happiness. Anant asks her to go ahead and achieve happiness her way. She cancels the party plans. He asks her for a dinner date, to which she nods. Ahana doesn’t want to suffer more in her relation by having big expectations. She finds hard to forgive Anant.

Anant learns about Ahana’s vulnerable state. Rehaan tells him about Ahana’s suicide attempts. Anant gets a big shock and can’t believe he has driven Ahana into depression. He tells Rehaan that he was just giving time to his relationship, he didn’t mean to snatch all hopes from Ahana. Rehaan tells Anant that Ahana has gone through a tough phase and lost herself. Anant decides to fix the broken things. He wants his old Ahana back.

Ahana cheers up Laila by celebrating her birthday. Laila asks Ahana why is she not supporting Anant in keeping the marriage. Ahana tells Laila that time has set things fine, but till then Anant would have to wait. Laila worries that Ahana is spoiling her marriage by herself.

Vyoma meets Rehaan and hands over his stuff. She gets disturbed with Rehaan and Ahana’s bond. She confronts Rehaan for breaking up their relationship, which she didn’t expect. She asks Rehaan to come back in her life, as she can’t forget him. Rehaan doesn’t listen to her. Vyoma reprimands him for growing feelings for Ahana and being so selfish. She lies to him to make him admit the truth.

Rehaan confesses that he loves Ahana and he has seen a future with her. He leaves Vyoma enraged. Ahana gets to overhear their arguments. Rehaan asks Vyoma to leave. Ahana too supports him and makes Vyoma leave for his comfort. Vyoma gets revengeful and tries to alert Anant about Rehaan and Ahana’s bond. She pledged to ruin Rehaan by making him lose all his important relations in life.

Anant and Ahana try to sort things on their dinner. Anant apologizes to her for hurting her so much by his silence. He promises to give her happiness. Ahana deals with her feelings. She confronts Rehaan for telling Anant about her suicide move. Rehaan tells Ahana that he really cares for her.