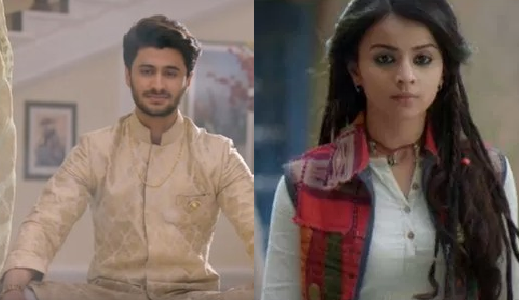 Anami prepares for her birthday. She imagines Adhiraj around. She decides her dress by Adhiraj’s choice. Anami gets on verge of love realization. Anami learns the dress is very costly. Satrupa asks Anami to just wear the dress. Anami refuses to spend money on useless things. She tells the family that they should donate the money than spending on clothes and accessories. Dadi convinces Anami to keep their heart. Avdhoot gets upset with the birthday preparations. He plans to spoil Anami’s life. He wants Anami to enjoy the birthday to the fullest for the one last time. He conspires against Anami. He is sure that Anami will never become Lal Mahal’s heir.

Anami gets money to donate to needy people. She likes doing charity. Anami then meets Adhiraj. She tells him that she has agreed to keep her family’s hearts on his saying. She tells how she has refused to waste money on a dress. He gets glad that she did the right thing. He gives her an idea that can help her fulfill Dadi’s wish.

Avdhoot finds Sudha’s phone, which contains the important evidence against Satrupa. He gets lucky and plans to unveil the recording in the press conference. He wants to expose Anami and Satrupa’s truth in front of the media. Anami misses her parents on her birthday. She regrets that Satrupa had abandoned her. She sticks to her revenge motives. She prays that she succeeds. Anami meets Adhiraj and surprises him. She tells him that he will always be her friend. She lovingly scolds him for missing her birthday. It turns out to be his dream. Adhiraj then plans a surprise for Anami. He informs her that her foster mum is coming to wish her on her birthday. Anami gets prepared to hide from everyone and meet her mum. How will Satrupa react knowing Anami’s foster parents are alive? Keep reading.