Avni realizes the way to fail Vidyut. She decides to disappear from everyone’s lives, so that Vidyut loses out. She knows Vidyut will have his biggest defeat if she goes away from him forever. She recalls her love vows given to Neil. She pledges to save Neil and their family. Avni doesn’t want to enter the battle to give it an end. She decides to leave the battle ground and make the enemy restless of waiting long. She knows Vidyut can’t take her absence in a good way. Avni leaves the house with a plan. Avni reaches Vidyut, donning a bridal dress, which makes him too happy. She plans to mock her death and trouble Vidyut.

She hopes only death can make Vidyut forget her, and she can start a new life in some other city. She devises this plan to attack on his so called obsession. She gets Mishti along with her. She asks Vidyut to accept Mishti. He tells Avni that he is ready to do anything for her. He asks Mishti not to get scared of him, as he is her dad.

Neil learns Avni and Mishti are missing. Shweta gets a letter from Avni. She asks them not to worry, as Avni will return in some time. Avni makes preparations to set Vidyut’s house on fire. She wants to either kill him or give her life. She faces Vidyut’s madness. He expresses his crazy love to her. He asks Avni to know how deep is his love. He tells her that they are similar and made for each other. Avni feels bad for him. She then recalls how he has killed Neela.

Vidyut reads out his feelings, stored in his diary. He tells her that he had killed his dad to save Ragini Pandit, because he loves his mum a lot. He tells Avni that he has become her devotee now, he madly loves her and will always keep her happy. Avni reprimands him. He is sure to win her love. Neil gets worried when Avni doesn’t return home. Vidyut shows the decorated house to Avni. She begins her plans. Vidyut takes Avni for the marriage rituals. Neil gets restless by her absence. Avni expresses his hatred for Vidyut. She provokes him to attack on her, so that she lands in fire and makes an escape, while Vidyut blames himself for the accident. 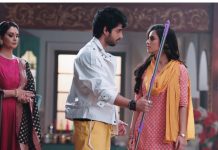 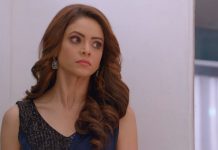 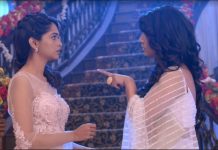