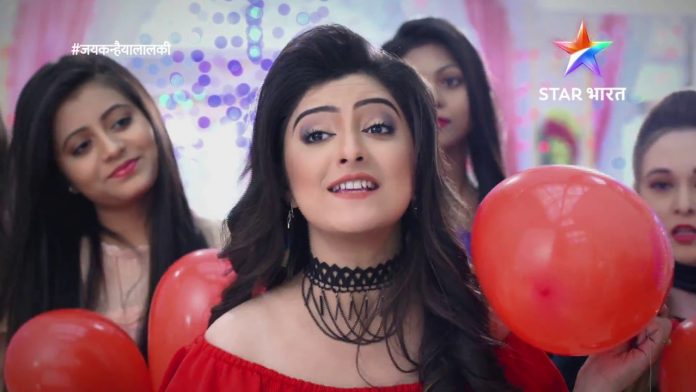 Badimaa/Sandhya gets a shocking letter from her son. She hides the letter from everyone. She burns the letter. Kanhaiya confronts her to speak up and come to terms with her past, which infuriates her. She slaps Kanhaiya with a warning that he will never interfere in her life. She doesn’t know Kanhaiya is her son. Daali challenges Kanhaiya for driving an imported car. She asks him to pay for the loss if he meets with an accident. Kanhaiya takes her challenge to make her agree to his word of celebrating her birthday. Sandhya doesn’t want Daali to celebrate birthday, since it will freshen her wounds of losing her son. Kanhaiya wants to recreate everything so that he can raise the curtains from the truth. He plans to reveal his identity and also prove his innocence on Daali’s birthday.

Kanhaiya successfully drives the car, while Daali gets the challenge of driving a rickshaw. She fails to ride the rickshaw. Kanhaiya wins the bet once again. Maya alerts Vaijanti against mysterious Kanhaiya.

Kanhaiya turns nervous on seeing Maya. He tells Maya that he will never let Rocky marry Daali. He challenges them to do anything to win if they can. Kanhaiya plans a birthday party for Daali. Daali turns him angry by sticking to Rocky. She refuses to celebrate her birthday, which snatches her childhood friend. She locks herself in her room. Kanhaiya compels her to attend the party for family’s sake. He convinces Daali for cutting the cake. Daali sheds tears and faints while she cuts the cake.