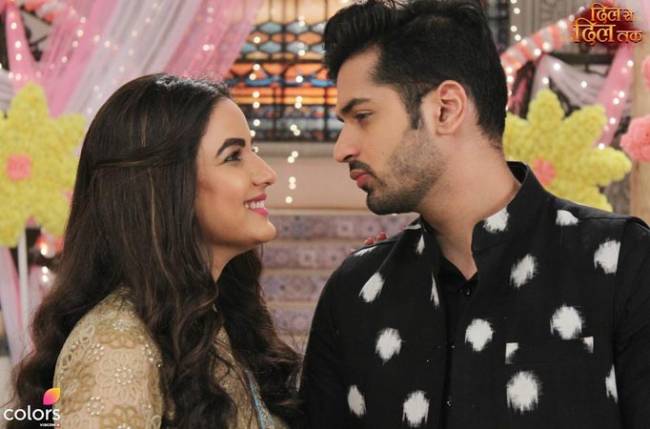 The family celebrates Parth and Shorvori’s wedding. The family surprises them with the decorations. Parth and Shorvori cut the cake and celebrate happily. Teni gets jealous seeing them. She doesn’t show her sorrow to anyone. Parth promises Shorvori that he will always support her. Shorvori promises to be with him in happiness and sorrow. They both make love vows. The family finds Teni upset. Teni then acts happy and claps for them. She is trying to distance herself from Parth. She feels lonely and depressed.

Parth learns Teni has cheated him by swapping the chits. He scolds her for deciding his fate. He asks her why did she kill his emotions by backstabbing his trust. He reprimands her. Teni gets crying.

She tries to explain him that she also loves him, and wants him to be happy. He says Lord decides the fate, how did you decide the fate of three of us, you should have left things on Lord by your belief. He doesn’t like her sacrifice. He says you had no right to do this. Teni tries hard to explain him. He is much disappointed since she has lied to him. She tells him that she has thought well about them. She justifies herself. She wants Parth to move on in his life with Shorvori. Parth finds it more tough after knowing her lie.