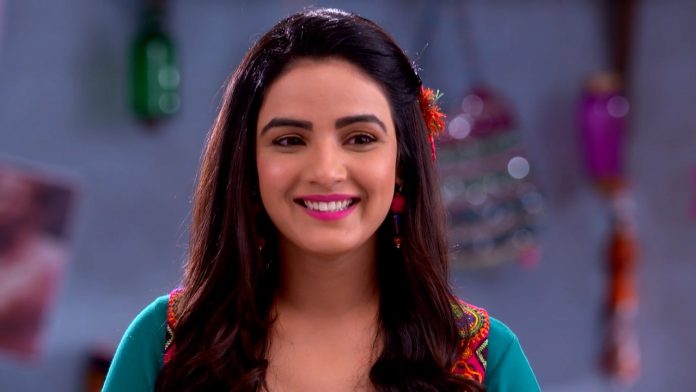 Teni likes her life. She is back to cheerful self. She says I got much bored and asks Chandu to cut an apple for her. She pulls Parth’s cheeks and calls him cute. She praises his looks. Parth gets a coconut for her and feeds her the water. Teni asks him to put all food expenses in the medical expenses, which Shorvori will be paying. She can do anything for money. Teni assumes Parth to be a driver, who works for Shorvori. She asks him will he tell Shorvori that she is spending money on herself. Parth asks her not to worry, he won’t tell anyone.

She says I have spared you as you are poor, else I would have sent you to jail, don’t worry I have forgiven you now, you are my friend now, so stay happy. Teni befriends him and likes his company. She advises him to trap Shorvori in love and marry her, as she is rich. He says there is nothing between me and madam. She says you look like a hero, you can marry her. He says I can’t cheat my boss, else he will fire me. He stays in driver’s role to be with her. Shorvori listens to them and laughs.

Teni’s relation with Parth and Shorvori has reached to old phase. Teni enjoys her stay in the hospital. She likes the luxuries of the five start hotel. Parth tells her that she doesn’t have to pay anything, instead she has to accept money from Shorvori. She gets money and kisses the notes. She says I would have not got this much money even if I danced in any bar. She gets discharged from the hospital. She takes the soft pillow and sheets. She tells the nurse that she is very poor, unlike the rich patients. She asks nurse to let them take some good stuff. Parth asks nurse to let Teni take anything she wants.