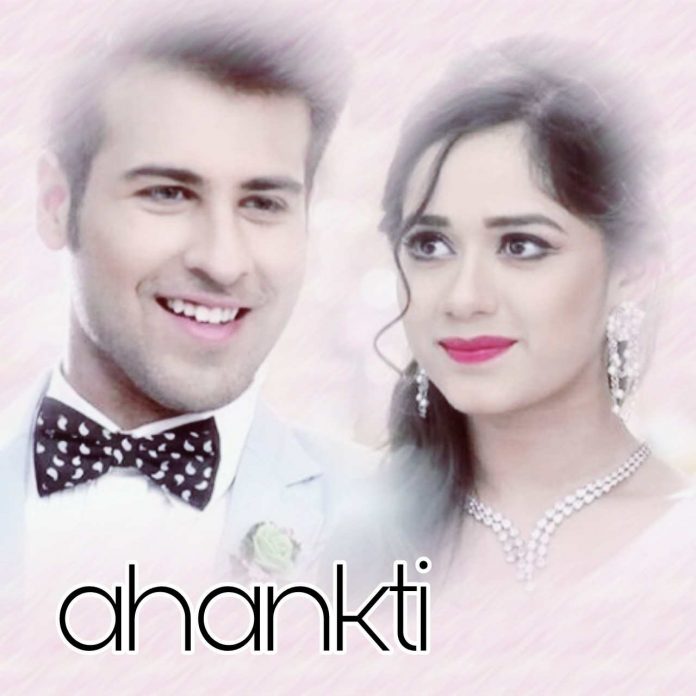 Pankti and Ahaan get to stay at Saku’s house, without letting know about their presence. Saku and entire village support the lovers, as they have much belief in love, humanity and concern. Anita doesn’t think Pankti has gone to live with her house maid, knowing the maid’s financial condition and standard of living. She feels JD has lost his mind to hear Pankti’s voice everywhere. She gets troubled by JD’s madness. She tries to assure him that Pankti isn’t at Saku’s house.

JD sends his goons and policemen to find Pankti. They fail to find Pankti, because of Ahaan’s timely action. Ahaan and Pankti take a disguise of locals and hide from the goons. JD doesn’t get convinced. He decides to visit the village and is sure to find Pankti even if she conceals her identity.

Pankti stays scared while Ahaan comforts her by his singing. They fall in trouble when police reaches close. Sinha catches a little boy and asks Ahaan and Pankti to come out, else he will kill the boy. The villagers get angry and ask Sinha to leave the boy. Policeman asks them to get Ahaan and Pankti out if they want them to leave. He asks the villagers not to hide Ahaan and Pankti. He says get the lovers out if you want to avoid troubles. Sinha and inspector trouble the villagers. Sinha says JD has heard Pankti’s voice on the call, he can’t be wrong. He scolds Saku for cheating JD.

JD comes to Saku’s house and gets to see Pankti in disguise. Saku introduces Pankti as her daughter. JD gets suspicious that Saku is hiding Pankti to help her out. He waits to confirm his doubt. Ahaan and Pankti perform dance with the villagers during Saku’s daughter’s marriage celebrations. Ahaan gets relieved that JD is gone away. Ahaan gets romantic and confesses love to Pankti in front of everyone. JD will be sighting their love confession. Will JD catch the lovers? Keep reading.