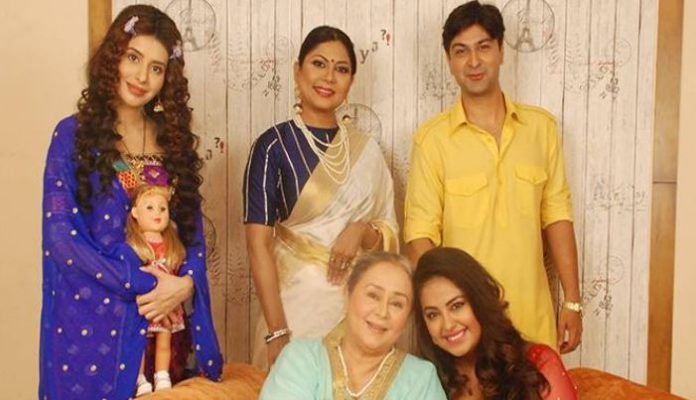 Anushka is getting engaged to Shaurya. She is living a fake identity of Juhi. She is helpless to live as Juhi. Shaurya doesn’t know her real identity. Anushka keeps Dadi’s heart. She is not able to forget Yuvraaj’s memories. She takes this big decision, which is much difficult for her. She hates herself for playing with Shaurya’s feelings. She realizes she is doing wrong. She wants to do the drama till Juhi comes home. She is failing Shagun and Amrish’s plans to nab the property. She wants to secure Juhi’s property.

Shagun asks Anushka how did she agree for the engagement, when she doesn’t like Shaurya. She says its about your life and respect, if Shaurya is pressurizing you, I will call the cops and get Shaurya arrested.

She asks Anushka to tell her if Shaurya is blackmailing her. Anushka tells Shagun that she is willingly getting engaged to Shaurya. Shaurya is much happy. He tells Dadi that he has come all prepared and wants to see Juhi once. He gets mesmerized seeing Anushka. The couple exchanges the rings and get engaged. Anushka gets worried and wants to find Juhi before the marriage. She doesn’t want to cheat Shaurya more.