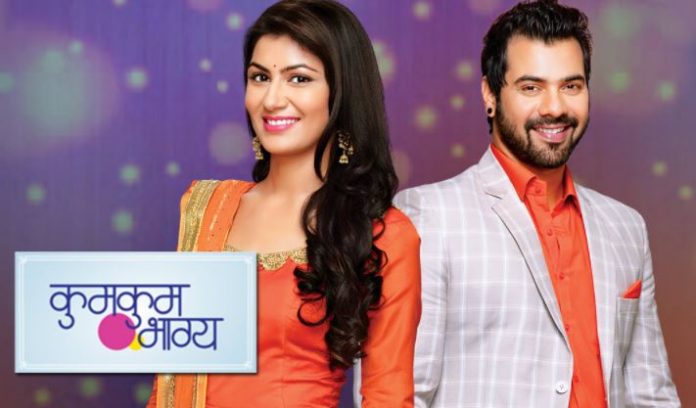 Abhi gets Kiara’s admission in school when he goes to get his friend Bhupinder’s daughters admitted in a prestigious school of Delhi. Principal refuses to give the admission as the term have started already, but Abhi cheers Principal and tells her that whenever he have any concert, he keeps some passes for special guests like his friends, family and Principal also. He asks her to see if she has kept some seats available under special category. Principal agrees to give Admission under special parents category and asks Abhi to attend and perform in her daughter’s marriage. Abhi agrees to sing for free. Principal thinks she will make Abhi sing two songs for two admissions. She gives admission to Kiara because of Abhi and asks her assistant to get admission forms filled.

Pragya comes to know from assistant Vrinda that a celebrity got her daughter’s admission done. Pragya writes a thank you message for his helpful gesture. Vrinda gives the message note to Abhi, but doesn’t tell her name. Kiara spots Abhi in the school and tries to talk to him, but he didn’t hear her. She has an argument with Sunny in the school premises. Sunny tells Abhi about Kiara.

King comes to the school. He is about to hit Abhi’s car. They have a face off again. King tells him that he will teach him rules next time in English, while Abhi tells him that he will teach him rules in Desi Hindi. King reaches inside hurriedly. Pragya informs King that Kaira’s admission is done by the celebrity whom he sent on time. King tells her that he didn’t ask anyone to get the admission done. Pragya is surprised and says may be that man has some relation with Kiara that he helped her. Pragya isn’t aware of Abhi and Kiara’s friendship. Pragya completes admission procedure of Kiara in the school. Kiara and Sunny to study in same class. Though Abhi has moved on in life, his heart still beats for Pragya. Abhi realizes that he still loves Pragya. He finds it hard to deal with his emotions. He has no idea that Pragya is in the same city, and very soon they are going to come face to face. Will destiny bring the lovers together again? Keep reading.