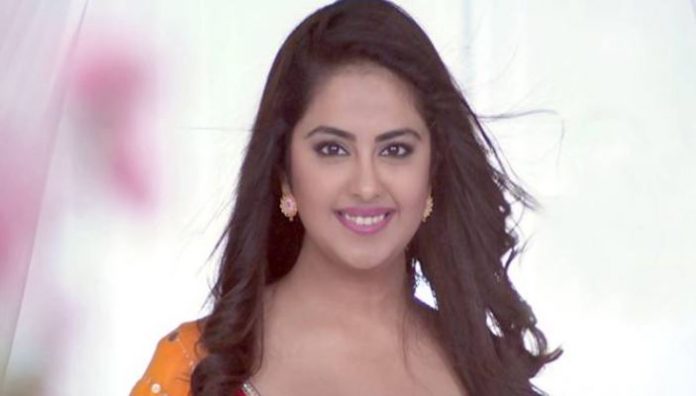 Anushka reaches Veerpur to find Juhi. She wants to unite Shaurya and Juhi. She doesn’t want to face Malhari. She is scared of Malhari and feels like shattering. She gains courage for Shaurya’s sake. She wants to face her past only to fulfill her duties towards her friend. She attends a special puja in the village. She is hopeful that Juhi is around. She has stepped in with big responsibilities. Anushka tells Shaurya that they can find Juhi and also pass a message to her. Shaurya keeps a painting at the temple. He knows if Juhi sees the painting, she will identify it and understand he is around. Juhi sees the painting. She gets a shock seeing the painting she made in childhood.

Anushka finds Juhi staring at the painting. She realizes that girl is Juhi. Juhi is afraid as Malhari and Rantej are around. Juhi asks Anushka who is she. Anushka says I have come to help you, come with me, trust me once. She takes Juhi away. Malhari waits for Juhi. Rantej asks where did Juhi go. He looks for Juhi. Malhari says this is new place for Juhi, you should have not left her alone.

Shaurya offers them help. Malhari says we are finding Juhi, did you see any girl around, wearing a red dress. Shaurya misleads them by giving a wrong direction. Anushka tells Juhi that Shaurya has come with him, they want to take her back home. Juhi gets a big surprise knowing about Shaurya. Anushka’s search for Juhi comes to an end. She tells Juhi that she is Shaurya’s friend and wants to unite them. Shaurya meets Juhi after many years. Anushka succeeds to unite Shaurya and Juhi. She wishes they stay happy and safe. She is happy that she got Juhi finally and now she can reveal the truth to Dadi too. Anushka wants to relieve the burdens of lies.