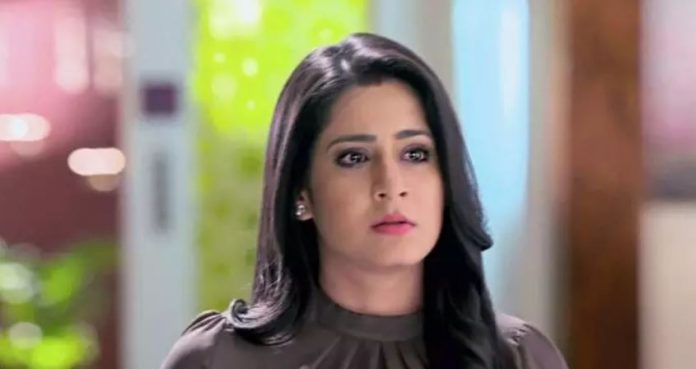 Saisha and KK confront Kamini for planning such dirty things against Avni. Kamini accepts her doings. She tells them that she will punish Avni and send her to jail. Saisha gets warned by Kamini. KK feels ashamed of Kamini. He wishes Kamini changed into good. Kamini doesn’t want to mend herself. Saisha stays worried for Avni. Avni gets a surprise by Mogli and kids. She asks Saisha what is bothering her. She doesn’t want Saisha to take any stress during her pregnancy. Saisha tells her about Kamini, who is hell bent to take revenge. She asks Avni not to worry for her, as KK is with her. Avni asks Saisha to just focus on her life. She wants Saisha to stay strong and happy.

Kamini meets Avni. She gets threatening Avni. Avni opposes her evil intentions. She pities Kamini for having such a sick mindset. She asks Kamini if she doesn’t hate herself for her bad doings, can she meet her own eyes. Kamini scolds her for snatching KK. She wants to settle scores with Avni. Avni asks Kamini to do anything. She doesn’t want Kamini to hurt Saisha or other kids. Kamini asks Avni to better stay careful. Avni assures Saisha that everything will be fine.

Neil plans a lovely surprise for Mitali to make up for his mistake. He tells her that he has to attend the final hearing of the custody case tomorrow, but he planned to spend time with her. He makes Mitali feel special. Mitali gets happy seeing Neil’s planning for their future. He tells her that he has well thought about almost everything. He gifts her a picture frame for their family. Mitali gets too delighted. She thanks Neil for thinking so much for her happiness.

Mitali supports Neil and accompanies him to the court for the final hearing. Avni stays strong. She doesn’t break down by the lawyer’s bad taunts. She tells the court that she isn’t ashamed to be an illegitimate. She expresses her sorrow. She then proves out that she is much strong and can raise her son alone. She has made her own identity in the society. She tells them that she knows the pain of being an illegitimate, but that doesn’t prove that she can’t be a better mum. She clears out the names of her mothers in the court. She answers Neil’s lawyer so that all the allegations on her drop down.

She appeals to the court to not judge her character and just see as a capable mother, who can give good upbringing and life to her son. She wishes she gets the custody of her son. Neil leaves the decision to the court. Neil and his family speak good about Avni in the court. Shweta tells the court that Neil deserves happiness, which is possible only if Neil gets Mogli’s custody. The court delivers the verdict in Neil’s favor. Neil wins Mogli’s custody. Neil gets upset that Avni lost the case. He feels her pain, but can’t help it.