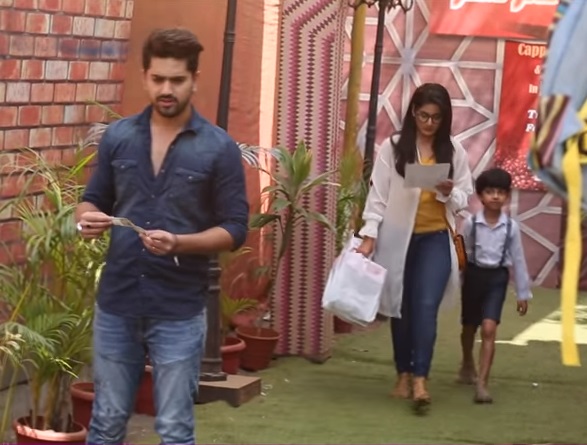 Neil upsets Mitali by not keeping his promises. He deals with his emotions for Avni. Neil meets Avni in the court hearing again. Avni turns too emotional with the thought of getting away from Mogli. She speaks out her feelings and justifies herself to be the perfect guardian for her son. She asks the judge to grant her the custody. The court still gives the verdict in Neil’s favor. Neil wins Mogli’s custody. He gives time to Avni to prepare Mogli for his stay in Khanna house.

Avni gets heartbroken and sends Mogli to Neil’s house. Neil tries to bond with Mogli. He feels a fresh lease of life to be with his son. Mogli falls ill, being away from Avni for the first time. Neil calls up Avni for help. Neil and Avni take care of Mogli together, which doesn’t please Mitali. Mitali understands she doesn’t have a future with Neil. She wants Neil to understand the same and back off from their marriage decision.

Later, Mogli gets kidnapped. Avni seeks help from police. Mitali assures to find Mogli. Neil proves Avni innocent when Avni gets accused for kidnapping Mogli. Neil tells Mitali that this was Kamini’s trap for Avni. He exposes Kamini by proving her crimes. Avni hugs Mogli and sheds tears. She is glad that Neil has protected Mogli. He doesn’t let Avni get arrested. He asks Mitali to punish Kamini. He brings out Kamini’s truth. Kamini tries to defend herself. Neil plays the recording where she confesses her crimes. Kamini gets arrested.