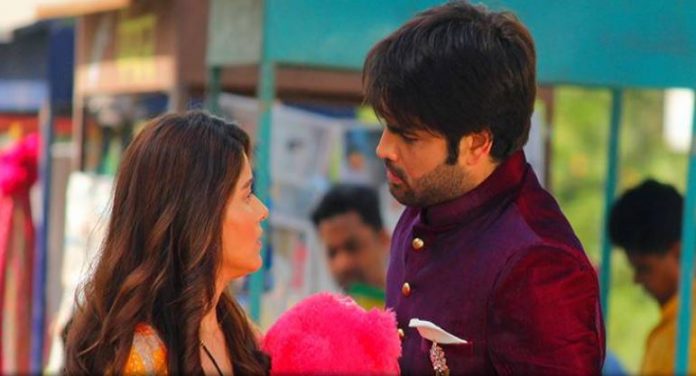 Soumya has put her saree in the pond to declares herself dead. Harman gets shattered with the news of Soumya’s death and couldn’t come to terms. He returns home andtell the family about Soumya’s death. Nani and Surbhi come to Harak Singh’s house and don’t believe that Soumya is dead. Harman goes to the temple and gets determined to search Soumya. He holds Diya on his hand and asks God to return Soumya to him. He blames himself and goes in trauma. He couldn’t bear her loss. Jasleen and Preeto feels bad about Harman’s condition and hopes Soumya comes to know about him soon.

Soumya is happily living with Sameer. Sameer and his mum get tensed when they don’t find Soumya at home. Soumya is in the park and sells toys to the kids. They come to the park searching her. Soumya tells Sameer that she thought business will be good here, more kids will buy toys here and that’s why she thought to come here so that his losses are covered which happened because of her. Sameer gets impressed with her. Soumya doesn’t know about Harman’s state thinking her to be dead.

Harak Singh asks Kishan lal to hire Ludhiana’s local goon to get Soumya killed. Kishan Lal goes to Sameer’s shop owner house, and offers him money asking him to kill Soumya. Sameer’s shop owner sees Soumya’s picture and realizes she is the woman who came with Sameer. He goes to Sameer’s house with his goons and tells them that someone hired him to kill Soumya. Soumya, Sameer and his mum are left in a shock by this new conspiracy. Sameer vows to protect her.

Sameer turns into an angry young man when he sees someone insulting women. Its about Soumya this time, that makes him lose his cool. Sameer waits for Soumya at the shop.

She comes from temple. He asks her where was she. She says I had gone to the temple, I got bit late, she had gone to the lake after completing the puja. Her mood stays bad. He asks her the reason. She tells him that she is doing her work. He says our work didn’t start yet. A man comes to buy a toy. He flirts with Soumya. Sameer asks the man did he come to buy a toy or hit at Soumya. He gets raging when a man person misbehaves with Soumya.

Sameer beats the man red and blue. He protects Soumya from the man’s bad intentions. He tells the man that Soumya isn’t alone, he is with him and he will not let anyone humiliate or hurt Soumya. Soumya asks Sameer to stop it. The neighbors stop Sameer. Sameer considers Soumya as his good friend. He feels responsible towards her dignity. He tells Soumya that its not just her husband’s responsibility to protect her, if he considered her a friend, its his responsibility too. He asks her not to derive any wrong meaning, its just he cares for her. 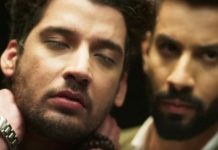