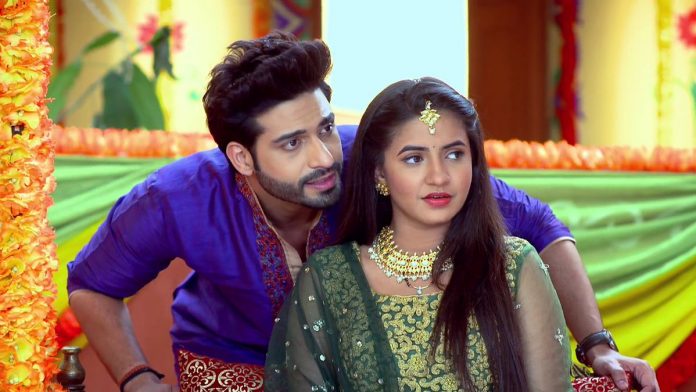 Chakor saves Suraj from the naxals. She saves many innocent lives, when she was compelled to place an explosive in order to save Suraj’s life. Chakor didn’t do any wrong work and succeeded to get Suraj safely. Chakor gets police’s help. They land safely at the police station. Suraj and Chakor have a cute argument. Suraj tells her that he had a belief that she will save him. Chakor cares for his wounds. She tells him that they will soon return to Aazaadgunj. Inspector gives them that good news that they have caught the Naxals. He says you will be getting the reward from government for helping police catch the criminals.

Suraj tells inspector that he was much tortured by the naxals, but he didn’t lose hope, they don’t want any reward, he is happy that many innocent lives were saved. He asks inspector to find out the person who planned his kidnapping. Inspector tells them that Karan has plotted everything by hiring the kidnappers.

Chakor tells inspector that Karan is a famous businessman, why will Karan do wrong. Inspector tells them that police is looking for Karan, who is a clever criminal, he takes disguises and meets people at different places for his motives. He says Karan has deceived many people till now, his real name isn’t Karan Oberoi. Suraj and Chakor come across Karan’s criminal records. They get a huge shock. Suraj and Chakor will be knowing Karan’s plotting to separate them. they aren’t aware that Imli is alive and working with Karan against them. What will they do to tackle Karan? Keep reading.