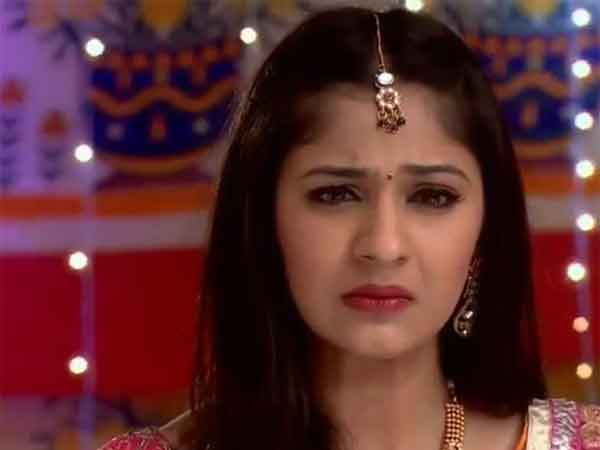 Chakor and Imli come face to face. Imli’s truth has come out in front of Chakor. Chakor reacted angrily when she heard Imli singing the lullaby for Saanvi. Imli gets angry on Chakor for all the wrong happened with her. Chakor asks Imli to have some shame and leave Saanvi. Imli is sure that Suraj won’t believe Chakor. She gets carefree to meet Chakor. She knows Suraj and Vivaan can’t find her, and Chakor will be just attempting to prove her truth. She challenges Chakor to prove herself to the family. Imli attempts to prove Chakor mad so that everyone loses trust on her. Chakor learns her evil motives. She tries to stay alert all the time.

Chakor keeps an eye on Saanvi to keep her protected. Imli makes a new plan and targets Tejaswini and Saanvi. She wants to make Tejaswini against Chakor. Imli changes the milk for Saanvi, brought by Tejaswini. Chakor learns about Imli’s planning. She rushes and throws the milk.

Her move angers Tejaswini. Tejaswini asks Chakor why did she throw the milk. Chakor tells Tejaswini that Imli is back and she will not let them stay in peace. Tejaswini doesn’t believe her. Chakor checks the milk to find if any poison is added. Tejaswini feels Chakor is losing her mind by her fears. Vivaan gets hurt by Imli. He lies to everyone that he met with a small accident. Chakor doubts that Vivaan is hiding something. She wants Vivaan to tell everyone about Imli. Chakor waits for the time when everyone learns Imli’s survival. Imli wants the family to end ties with Chakor.

Vivaan hires a spy. He wants to collect information about Imli. The guy gives him half information. Vivaan wants to know about Imli any how. Vivaan gets angry on the man for not helping much. Chakor and Suraj gets distant by the difference in opinion. Chakor sheds tears when Suraj doesn’t believe her. Chakor wishes Suraj understands her and believes her.

Vivaan gets attacked by Imli yet again. He got saved from Imli twice. She makes the third attempt and sends the goons to kill Vivaan. The goons attack Vivaan and beat him up. Vivaan fights back with the goons. He saves his life. Imli is angry on his return. She lost focus on Chakor because of Vivaan. She wants Vivaan to die and never create troubles for him. Vivaan is not aware that Imli is the mastermind. He asks the goon on whose saying did he made the attack. The goon denies to reveal any information. He tells Vivaan that he got the command on call. Imli signs the goons to run away. She thinks how did Vivaan become so aggressive, unlike before. She wants to know who released Vivaan and who has sent him back to haveli. She sees Vivaan’s angry side. Imli hides from him. Vivaan has become smart and daring to reach his enemies. He wants to find Imli and punish her for the big cheat. Imli fails to hurt Vivaan.