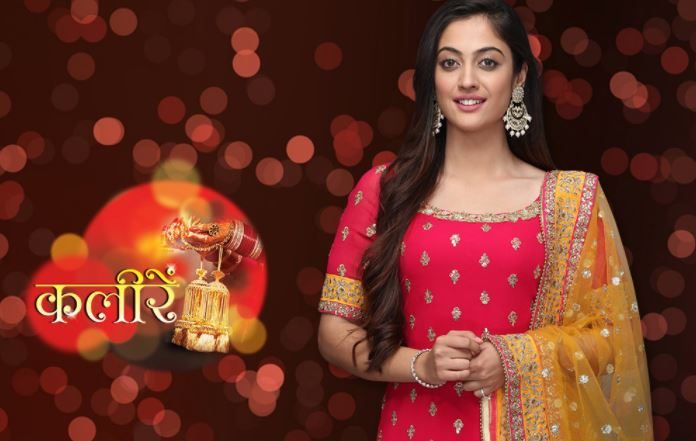 Amaya meets with an accident. She is rushed to to a hospital. Inspector tells Vivaan that Pammi is responsible for the accident. Meera doesn’t agree with Vivaan. Meera donates blood to Amaya. She asks Vivaan not to misjudge Pammi again. She tells him that a mum can never do this. Vivaan loses his cool and makes her out of the hospital. Vivaan believes the police. He gets angry on Pammi. Meera swears to find Pammi’s innocence. She meets Pammi. She learns that Roma is behind the accident.

Vivaan and Meera have a moment. Meera tells him that she wants to thank him and also apologize. Vivaan tells her that he is taking Amaya to London for treatment. Meera feels bad knowing he is going away. She asks him to stay in contact by messages. She tells him that she will help him in packing his bags. Vivaan doesn’t tell her that he will miss her. Later, Meera does Roma’s aarti and creates a drama. She blames Roma for attacking Amaya and then framing Pammi. She asks Roma how can she plot Amaya’s car accident. Vivaan asks Meera to stop it. Meera tells him that Pammi has told her about Roma’s evil act. Dolly doesn’t believe Meera and slaps her. She apologizes to Roma for Meera’s accusations.