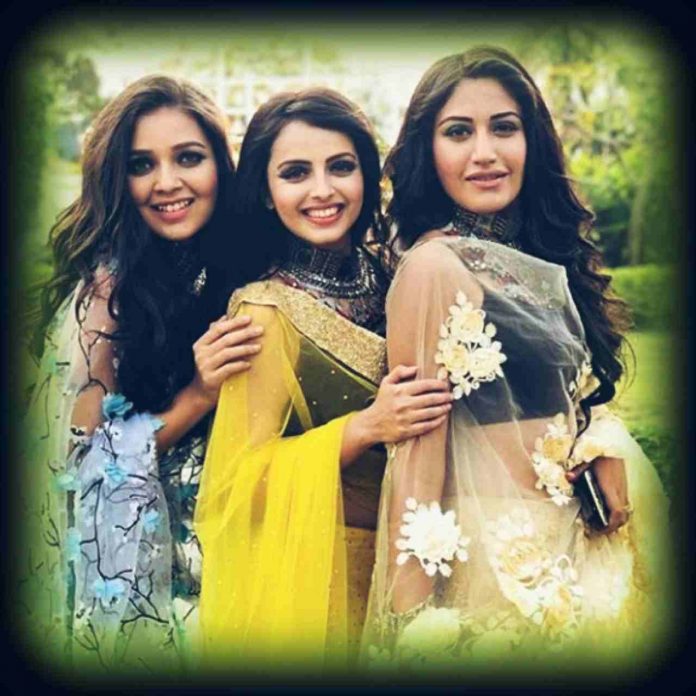 Shivay gets some filmi traits to get praising Anika about her charm and beauty. He impresses Anika by his lovely poetry. Anika gets enough of good appreciation from him. He tells her that he will never let her go from his life. Anika and Shivay perform on a retro song, where he expresses his love to her once again. Their mutual admiration is seen. On the other hand, Gauri pleads Abhimanyu to let her go. Abhimanyu’s lewd attempts gets on higher. Gauri manages to escape from his clutches with difficulty. Abhimanyu tries to cover his act of cheapness. Gauri runs away from everyone. Shivay tells Omkara that Roshni will surely love his paintings. He asks Omkara to be hopeful. Anika asks them about Gauri.

Abhimanyu comes up with a plan. He asks Roshni to buy Omkara’s paintings. She realizes he has messed up things again. She understands that he has shown his real colours to someone in the family. She agrees to cover up his mistake. She tells Omkara that she will be buying all his paintings. The family gets happy for Omkara and congratulate him. Roshni tells them that Abhimanyu has asked her to buy the paintings. Shivay doesn’t know why Abhimanyu is making a big favor on them, like he is trying to cover up some mistake. Anika asks Shivay not to doubt on Abhimanyu. Shivay tries to join the dots. Gauri gets disturbed after the bad incident. She hates recalling whatever has happened. Anika meets Gauri and tells her about the good news regarding Omkara’s art. Gauri hides the matter from Anika.

Meanwhile, Rudra fails to draw attention from the guests. Bhavya tells him that she can’t tolerate him with anyone else. She asks him to stop being childish. He likes her jealousy.

Gauri tells Anika that she has gone to change clothes, as some dish got spilled. Rudra tells them that Bhavya is much possessive about him. He feels happy about it. Gauri gets uncomfortable seeing Abhimanyu in the party. Shivay tells the media that Abhimanyu is their brand ambassador. He asks Abhimanyu to launch his brand. He asks Gauri to join them, as Gauri is Abhimanyu’s big fan. Omkara asks Gauri to come ahead, but she gets scared of Abhimanyu. She refuses to stand with Abhimanyu.

She tells Anika that she can’t get in Abhimanyu’s sight again. She leaves from the party. Anika and Omkara try to talk to Gauri. Roshni stops Omkara from knowing the matter. She asks Omkara to make an announcement about their art collaboration. Anika tries asking Gauri the truth. She asks Gauri not to hide anything from her sister. Gauri breaks down and reveals how Abhimanyu was chasing her with his dirty intentions. Anika gets a big shock. She assures Gauri that she will not leave Abhimanyu. She swears to teach him a lesson. Gauri asks Anika not to take any step. Bhavya learns the matter and tells them that Abhimanyu has to get punished for his crime for playing with a woman’s respect. She asks Gauri not to worry, as she is on her side, the law will punish Abhimanyu. She promises to show dire consequences to Abhimanyu. Shivay learns about Abhimanyu’s misdeed and doesn’t want to let him free.